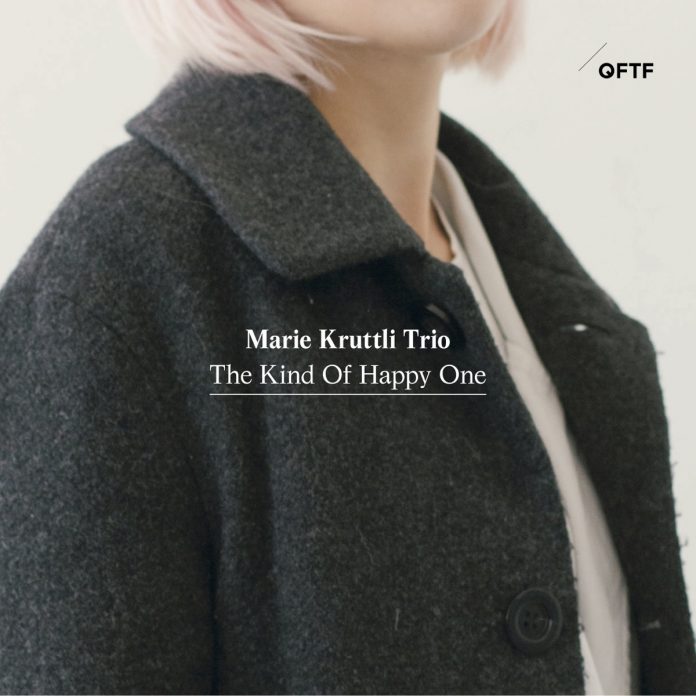 Establishing the equivalence of its three members has been the way forward for the jazz piano trio from Bill Evans on. Recognising their different cultural backgrounds, as Swiss pianist Marie Kruttli claims to do on this album, is something new – well, whatever culturally separates Kruttli and her drummer Jonathan Barber, with whom she’s recording for the first time.

New Yorker Barber is a link with the Big Apple for Kruttli, whose academic training in Lausanne and Lucerne was followed by a sojourn in America. She overdoes the connection if only because the listener expects more than Barber delivers in terms of what she describes as his “soulful way of playing the drums”. He plays them well enough, but soul in jazz drumming is an imponderable, never more so than here. There’s a lot about the transaction of “souls” and “physical energies” in Kruttli’s accompanying notes.

It’s the regular bassist Lukas Traxel who seems not only more in tune with Kruttli’s style as performer and composer but also smarter at anticipating what she’ll do next. The excitement of her playing lies in its restlessness and unpredictability. When not brooding or introspective, it is edgy and often heavily insistent.

Who would have expected the raindrop intro of Poppy Seed to shift to crescendo mode in which the light initial randomness has become regularised by her colleagues? Sad Song is more self-dramatising than wistful, and the ostinato/riff of Lichthaus skips along until a final, and unexpected, trading episode between piano-bass and drums.

Kruttli’s edginess is sometimes associated with the inventive freedom she reserves for herself. In Back To Blue, bass and drums lay down an inviting beat but Kruttli is having no truck with it until the end when all come together. It’s the same in Buried Giant, the querulous piano trailed by bass and drums in pursuit of a settling tempo. The equivalence in this trio relates to the tension each member accepts as part of its modus operandi, which itself hinges on the leader’s wide-ranging pianism. There’s physical energy and interaction aplenty, but not Soul with a capital S as one normally understands or recognises it.

Over the years Julian has developed into a clarinettist deserving worldwide recognition, as confirmed in his duet recordings with Ken Peplowski. With work currently...

Many regions and cultural contexts have nourished the imagination of Manfred Eicher. He has long been fascinated by what one might call an “in-between”...

The only way to approach an album of this nature is to judge it by the standards it sets itself. The rock/jazz group inevitably...