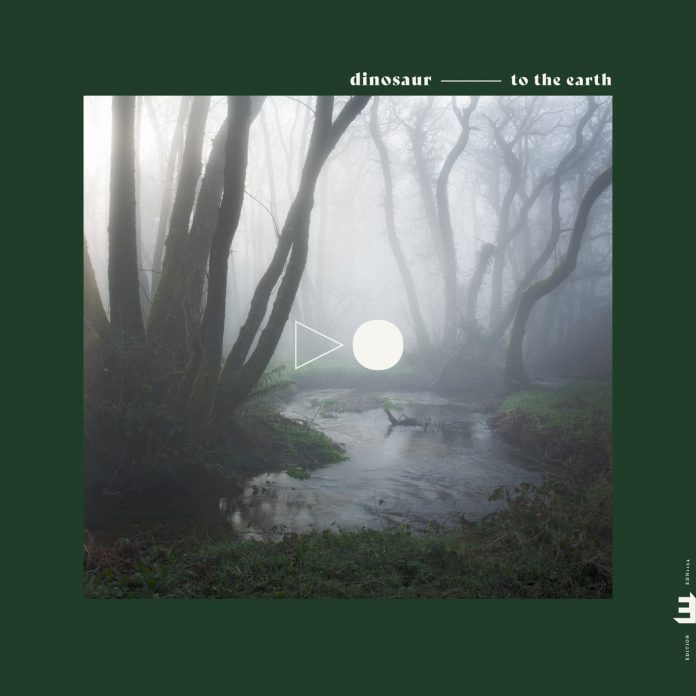 The third album by British jazz quartet Dinosaur feels a bit like a change in direction for the group; in contrast to the turbulent synth-driven grooves of Wonder Trail (2018), To The Earth is a stripped-back return to jazz’s acoustic roots, proving that the group are not be pigeon-holed in their musical output.

The group present a fresh contemporary take on traditional styles. The early jazz and rag motifs of stop-time and trumpet wah-wahs find a place in the lazy and brooding Slow Loris, while Billy Strayhorn’s Absinthe is adorned with percussive rattles and the occasional bit of synth (an otherwise sparse inclusion on the album).

These tunes, adorned with crafty improvisations, demonstrate a tight and satisfying interplay, particularly between trumpeter and bandleader Laura Jurd and pianist Elliot Galvin. The pair often share, in unison, quirky little melody lines – such as on the fun and upbeat Banning Street Blues – or bounce off one another with eclectic solo passages, as in the album’s opening title track.

These seven “joyfully crafted melodies” – as Jurd herself has described them – are equally joyful to listen to; Dinosaur approach composition and improvisation with a dynamism that is wholly enjoyable to hear.

Fred Grand - 10 September 2019
Audun Trio originated in Oslo and has been a working group since autumn 2015. Its second release follows in a broadly similar vein to its promising 2017 debut Rondane...