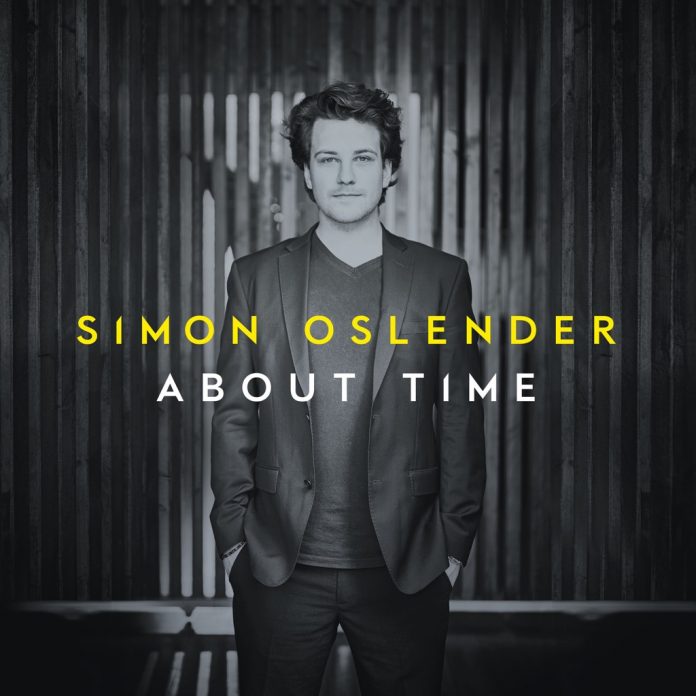 Life is good when you get the feeling that you’re listening to The Dude from Quincy Jones, even if it’s ersatz Quincy.

Twenty-three-year old Simon Oslender is a tremendously talented keyboard player with a truckload of experience on the borderland of jazz and popular music. He performs danceable fusion with Pimpy Panda and dwells in the streets that were paved long ago by Jones, George Duke and Stevie Wonder, cementing his framework with colourful voicing and nimble rhythmic embellishments.

But unfortunately, the biggest part of Oslender’s debut album About Time tastes like a slightly degenerating bowl of cherries.

Granted, eight of 10 songs on About Time are penned by Oslender and the funky synthesized tracks among them – Warehouse, One For G.D. and Rooftop Party – are adorned by steamy solos on both piano and Fender Rhodes. High-profile appearances by trumpeter and flugelhorn player Randy Brecker and saxophonist Bill Evans furthermore work up a storm. Edge Of Life, Oslender’s cooperation with singer Cosmo Klein, suavely connects the dots between Dude-isms and Philly soul.

In short, About Time is a reasonably good crossover record, albeit without a readily identifiable hook. ‘Nuff said, were it not that you have to plough through filler that determines playing time at a superfluous 60 minutes. A precious half hour is wasted with a sterile cover of Sting’s Fragile, the kitsch piano piece Lullaby For Tom and Feel Like Makin’ Love, the Eugene McDaniels cover that is part Cottage Cheese Lite, part Cola Zero.

The shuffle blues When It Hits You is rather disappointing. Oslender is a dexterous and lively Hammond organ player. But he can’t expect to get down the pure, vintage organ combo sound from the classic groove years with his current band and sound palette. “You want apple pie, you better start studying apples”, is what my grandmother always used to say. In other words, somebody should have appointed a tough but fair, pro-active A&R guy. But somebody, apparently, was out to lunch.

Oslender explicitly staked out his territory but forgot to pluck the weed.

Elliot Marlow-Stevens - 16 February 2020
Pianist May Fall leads The May Fall Crew in an exciting, varied album of modern jazz, with a heavy pop and funk influence. Joined by Niv Majar on drums,...