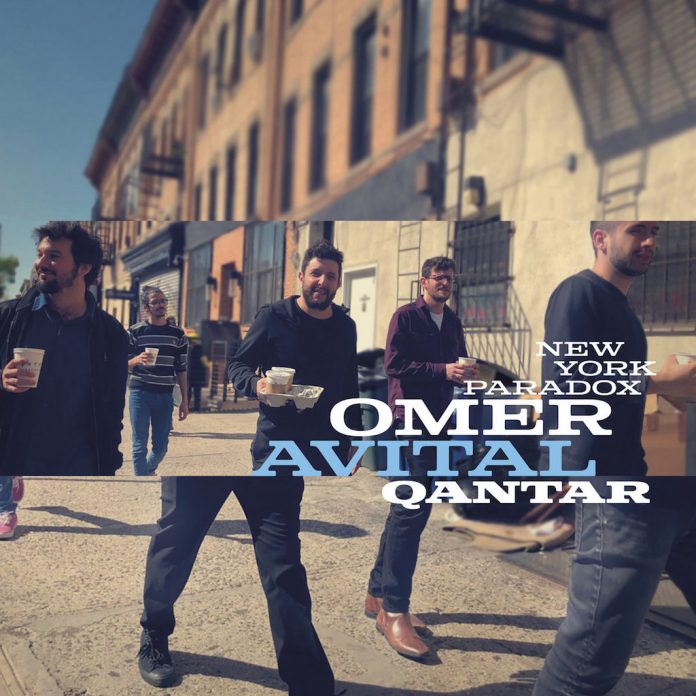 Avital was born in Israel of North African and Yemeni stock. His music, which is intriguingly of a piece, reflects that complex heritage. He’s been a member of Third World Love (Fresh Sound) and has co-led projects with Marlon Browden and others.

There are occasions here, as on many of his previous records, when one might be reminded of the late 50s records of Ahmed Abdul-Malik, who’d worked with Randy Weston and Thelonious Monk before striking out on his own Afro-bop.

Avital’s experiments at Small’s in the later 90s (a period he alludes to on It’s All Good) saw him evolve quickly into a highly original composer and performer. The bass tends to be quite prominent in his own recordings, though he doesn’t solo repetitively and is always to the point.

Where earlier groups had such headstrong talents as Avishai Cohen and Walden in the front line, this one is somewhat more anonymous, which makes Avital’s own role on such long tracks as Just Like The River Flows and the title piece seem all the more important. That’s not to say that Yuria and Levin are makeweights. Quite the reverse.

What Avital has done again is to create a group sound, a genuinely collective voice that carries these subtle, intricate themes very well. Bushwick After Dark references a Pettiford staple and one possible source for Avital’s sound, but reshaped to his own community experience.

The album title is enigmatic. What is the New York paradox? Or is the place itself paradoxical? The must multi-ethnic of cities, it is less melting-pot than confederation of village cultures, but Avital seems to embrace that and to enjoy working his own territory within the metropolis: a metaphor for how this music stands relative to post-bop jazz.

Dave Gelly - 19 January 2021
Louis Armstrong is a hero, the great founding genius of jazz. Not much to argue about there. But try seeking a simple explanation of what exactly it was that...