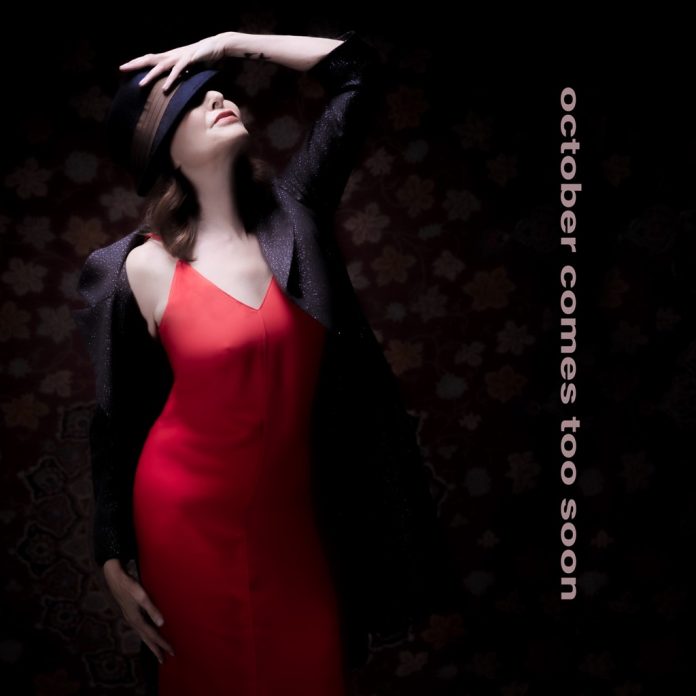 The press blurb that accompanies Gina Kronstadt’s third album describes the songs – all written by the singer – as “adult pop”. It’s not a term guaranteed to lift many spirits, suggesting bland, dinner-party background, forgettable music. It does October Comes Too Soon a disservice. Kronstadt’s writing, arranging and singing, and the contributions of some high-quality players including MONK’estra leader John Beasley, create a slick, sophisticated collection that moves between affecting ballads (The Threat Of Love) and funky groovers (IRL).

Kronstadt has spent much of her career as an LA-based session violinist, heard on numerous film and TV soundtracks including Despicable Me, Star Trek, Mad Men and The Voice and performing with almost every major star of the past four decades, such as Ray Charles, James Brown and David Sanborn. She recorded October Comes Too Soon during an enforced break from session playing following shoulder surgery, the eight songs telling stories of her own relationships and experiences.

Despite the personal nature of the lyrics, this is not an album filled with raw-edged, bluesy, confessionals. Kronstadt has a more polished approach, as do her accompanying musicians: she communicates the stories gracefully and confidently, supported by consistently excellent instrumental performances. Trumpeter Michael Stever’s sensitive playing heightens the impact of the lyrics on the title track; Bob Sheppard does the same job on Maybe I Trusted.

The album closes with the political statement of Who’ll Save You?, which rails against heartless political leaders and the climate crisis. It’s not the cheeriest way to finish, but given present circumstances it’s certainly timely – and Sheppard’s sax solo lifts the spirits. Forever In A Row would have ended things on a happier note – a mid-tempo, soulful, number featuring a full string section, overdubbed backing vocals and a joyous electric keyboard solo (uncredited, but Beasley or Semrad deserves praise).

Derek Ansell - 26 November 2021
This was Bey’s first LP under his own name, and it quickly became popular as an example of the new jazz-fusion vocal style. Bey influenced a number of jazz...