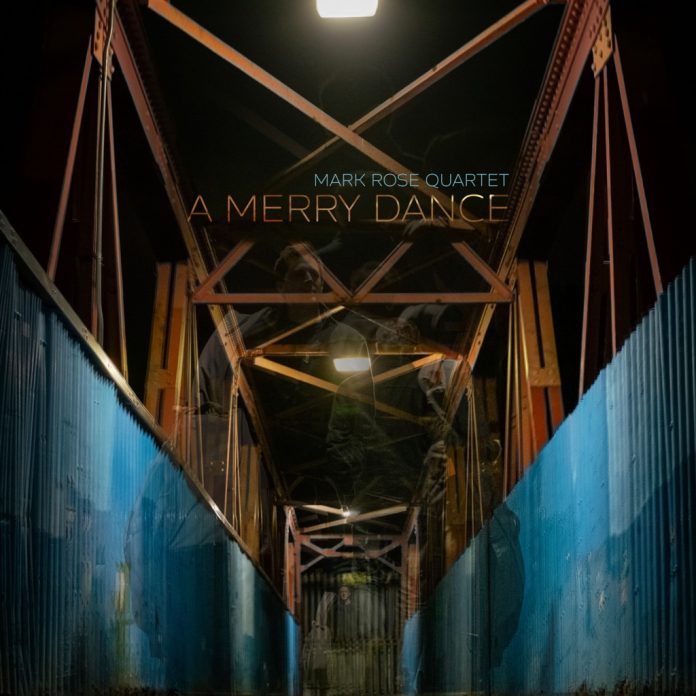 Why the opening title track needs to overlay snippets of Dark Side Of The Moon-like spoken word and electronic sampling is a mystery since it doesn’t inspire much confidence in the ensuing set. This is a pity because bassist Mark Rose’s album is really rather good, despite this superfluous gimmickry being repeated on two other tracks.

The second tune, Be A Devil, is a much clearer signpost of things to come with a robust bass line leading the way over which Tom Law’s limpid alto saxophone imparts a jaunty melody. Sign Of The Times (nothing to do with Prince) is really where the album starts to engage the listener courtesy of a coruscating guitar solo from Mike Outram. The short Freeze Frame repeats the quirky sampling of the opener, but presumably this is intended as a mood-setting item whereas the crystalline, McLaughlin-esque guitar work on If This Is The Future… offers the listener a masterclass in sonic structural elegance, Rose’s sonorous bass a perfect foil to Outram’s delicately singing notes.

Rose began his musical career studying classical guitar at the London College of Music and Goldsmiths College, but had a change of heart and took up double bass (in a kind of role reversal undertaken by guitar supremo Jim Mullen, originally a bass player). Rose is now a regular on the London Jazz scene. A Merry Dance is the follow-up to Rose Of The Rancho, a self-produced chordless trio album released in 2015 and featuring saxophonist Vasilis Xenopoulos.

Of the two non-Rose composed numbers, Handel’s stately (albeit deconstructed) Hornpipe might well be a paean to the bassist’s classical past whereas and by contrast, the closer, Bamba, written by Senegalese kora virtuoso Seckou Keita, evinces a gentle West African feel married to an inherent groove with Outram at his most inventive proving that if, for no other reason, this album should be heard to experience the continuously burgeoning virtuosity of this exceptionally talented guitarist.

Derek Ansell - 11 August 2019
These three are all leaders of their own bands in different places. Here they combine to form what used to be called a super group. The music is all...