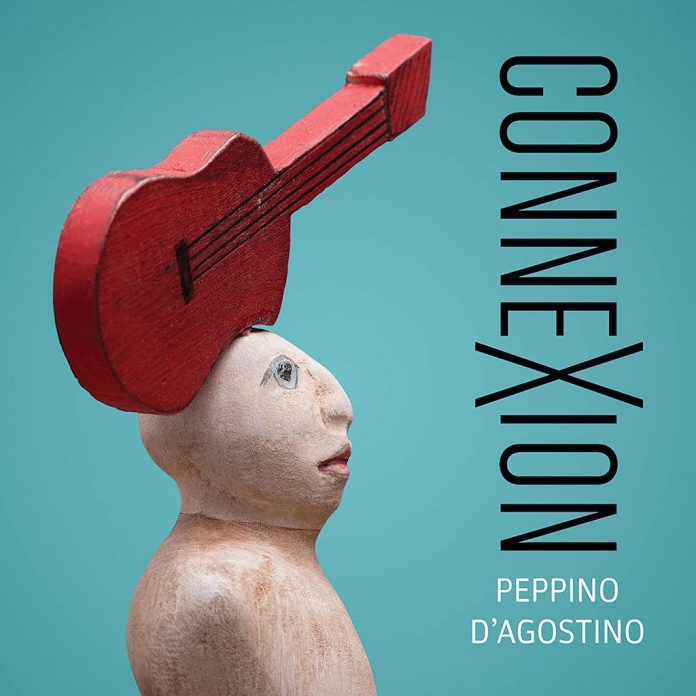 “An instrumentality that connects. The process of bringing ideas or events together in memory or imagination”. This rather poetic statement sits alongside the album title reminding us what the music means to Peppino D’Agostino and how he has brought it forward.

It’s been six years since Peppino D’Agostino released his last album, Penumbra. In that time, he has written soundtracks for documentaries and video games as well as performing all over the globe. In addition to this he found inspiration to compose 10 original tracks which are now released here.

D’Agostino has said “The challenges in composing for steel-string guitar are the multiple and difficult to overcome. The general tendency is to either relax into predictable and boring musical territory or to show off with useless displays of speed. As my composition instrument of choice, I’m approaching the steel-string guitar as an orchestra with infinite possibilities”.

D’Agostino has crafted a solo-guitar style that is elegant and subtle but also technically dazzling. Something of a trademark perhaps, his open tunings often drive his compositional attitude, generating a wealth of unique possibilities resulting in well-crafted pieces. His melodies and grooves weave through elongated and wistful phrases, to abrupt and often angular motivic development. His style is enough to mesmerise casual listeners as well as inspire fellow guitarists. The epitome of a versatile musician, D’Agostino has refined his distilled work and artistic sensitivity towards a beautifully structured release.

Gordon Jack - 20 November 2019
Round, Round, Round aka Blue Rondo A La Turk packs a real punch, just as it did back in 1959 when it was the opening title on Dave Brubeck’s...