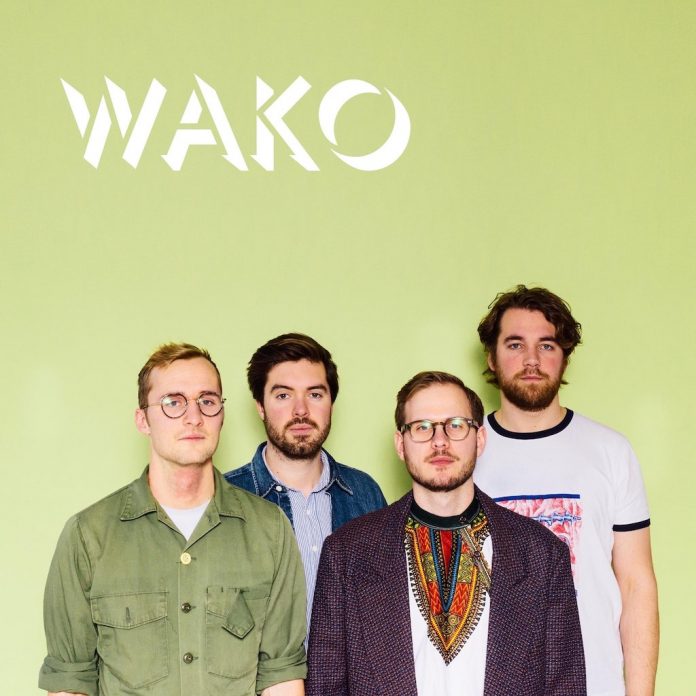 I hadn’t heard any of Wako’s music until now. But I was aware of this Norwegian quartet’s burgeoning reputation and – as documented in posts of 03/02/19 and 19/11/19 – I really enjoyed saxophonist Olsen’s Any Day Now, a live and very lively large ensemble piece inspired by texts by James Baldwin, as well as pianist Mulelid’s ultra-distilled What You Thought Was Home with Bjørn Marius Hegge (b) and Andreas Skår Winther (d) – rating the latter “some of the most captivating music I’ve heard in quite some while”.

Very much a collective project, the core quartet here is enhanced on this, their fourth release, by a number of further contributors including trumpeter Arve Henriksen (on one track) and that excellent vibraphonist Rob Waring (two tracks). A string trio is also employed from time to time and there are further touches of colour and texture from diverse participants on keyboards, electronics, violin and Varitone saxophone, for example. Each of the core members of Wako supplies a sleeve-note spelling out what fun the record was to make: Poulsen considers the result the band’s “most surprising album to date”.

Certainly, the album covers plenty of diverse ground, from the rippling, strings-enhanced and chamber-like For Those We Love to the abstracted boogie grooves of Grown-Up Life and the rocking rumbustious fun of Traktererr Du Musikk? – where Henriksen lays down some of the wildest open-horn work I’ve heard from him. There’s plenty of expressive playing and strong swing, both straightahead and off-kilter (check out Hele Verden Er En Boble and Savage Detective) as well as contrasting episodes of brushes-caressed electro-sound washes (Stjerneskipet) and gentle, arco-fed tone-poem touches, as in the beautiful, near Satie-like and reverie-rich Le Tapis Volant.

Much as I enjoyed all these tracks, ultimately I found the genre-slipping ‘n’ mixing here to be a touch predictable – and as such, less satisfying than the aforementioned releases from Olsen and Mulelid. When surprises keep on coming, they can lose their capacity to surprise. To call this imaginative, vibrantly rendered music too clever by half would be both unfair and inaccurate. However, there was something about this release that made me shrink from, rather than relish, the prospect of hearing the three final and so-called “bonus” tracks, good as they proved to be.

Peter Gamble - 11 May 2022
The full title is Georges Arvanitas presents... The Ballad Artistry Of... David Murray: Tea For Two. Given that the late French pianist Arvanitas collaborated with so many different musicians...