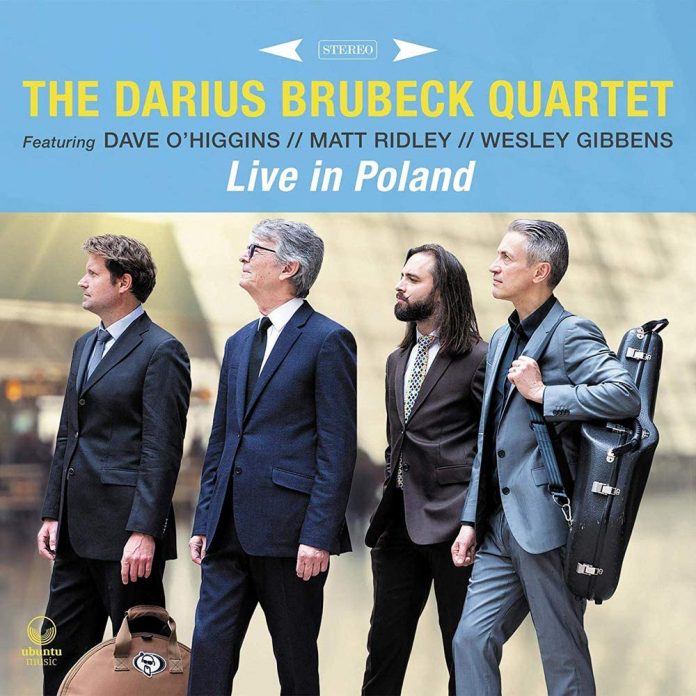 Who’d be a celebrity’s child? Either you hop into your parent’s furrow and carry on ploughing, perhaps into another field, or you bury yourself in an obscurity falling just short of having to change your name. There are few other options. It must have been difficult for pianist Darius Brubeck to flee his father’s shadow; that’s if he wanted to. There’s enough similarity here to envisage Brubeck junior’s stylistic template sliding across his old man’s but insufficient to make it halt on a perfect fit.

This CD, recorded in Poland, marks the 60th anniversary of the Dave Brubeck Quartet’s becoming the first US jazz group to pass through the Iron Curtain. The Cold War was at its most permafrozen in 1958. That tour also saw the 10-year-old Darius sitting in with the quartet at the inaugural gig in Szczecin, where this memorial trip opened in 2018. But no sooner have similarities arisen than they are banished by other elements: the refusal of Darius to try to imitate, for example, and the inclusion of UK tenor saxophonist Dave O’Higgins to see off any spectre of the lissom Paul Desmond.

The pressure must have been on, though, for the current quartet – moved along sweetly by bassist Matt Ridley and drummer Wesley Gibbens – to rise to its audience’s nostalgic expectations. Three of the tracks are by Brubeck senior (Dziekuje and In Your Own Sweet Way), one by Desmond (Take Five) and one by Hugh Masekela (Nomali). The rest are Darius’s. All the tour gigs were recorded but the last one, at Poznan’s Blue Note Jazz Club, is enshrined on this album.

Maybe the 7/4 signature of the opener, Darius’s Earthrise, is a recognition that the father’s timely innovations, once considered eccentric by some, have been re-evaluated in his favour; time is subverted in Take Five and so is the initial ballad tempo of Darius’s Sea Of Troubles. But a modal direction, signalled by O’Higgins from the outset, is its predominant stylistic feature.

Ronald Atkins - 21 August 2019
Regarded as among the top European saxophonists of his time, Barney Wilen enjoyed the chance from a very young age to develop in the company of American stars who...