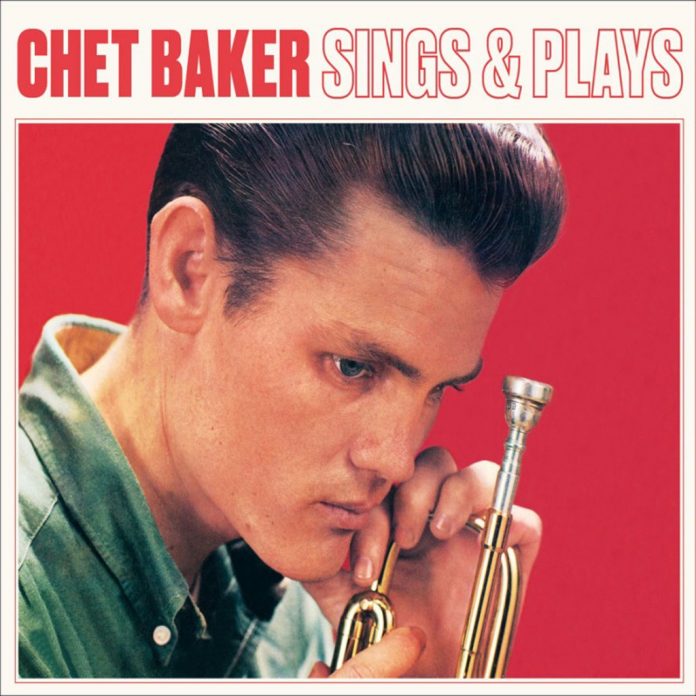 Originally released as a compilation in 1968 by World Pacific Jazz (also known as Pacific Jazz prior to 1957), Chet Baker Plays And Sings features a selection of the musician’s recordings spanning almost a decade. Pacific also released an album of the same name in 1955, which had been recorded earlier that year, and several musicians feature on both. This latest release contains recordings from 1952 to 1958, largely recorded in Los Angeles but also some made in New York and Paris, and with varying line-ups.

Baker’s trumpet and vocals are warm and clear straight from the opening as he plays through a series of classic standards such as Tenderly, Summertime and My Funny Valentine. Russ Freeman was Baker’s long-time pianist, and he features on the majority of the album, alongside a range of other musicians.

In the spirit of most of the recent releases of classic jazz albums, the last 11 are bonus tracks, taken from various recordings of the same era. The relevance of these bonus tracks should always be called into question but in this case, as it was originally a compilation, there is more scope for including some less relevant. Only the first bonus track, All The Things You Are, was taken from a session also on the original album. It was recorded in LA, 3 October 1953, the same date as the original’s Happy Little Sunbeam and Bea’s Flat, and featured Freeman who wrote the latter two, as well as Carson Smith and Larry Bunker. Interestingly, these are also the best examples of Baker’s trumpet playing on the album.

There is an engaging rendition of Everything Happens To Me, perhaps most famous as an instrumental from Charlie Parker With Strings, with Baker’s slurring vocals leading, and with Philly Joe Jones on drums. For fans of Baker this album provides a lot to enjoy, although it focuses more on his singing than his playing, and on standards over originals. Nonetheless, there are plenty of tracks to enjoy.

Discography
But Not For Me; Happy Little Sunbeam; Look For The Silver Lining; Tenderly; I Get Along Without You Very Well; There Is A Small Hotel; Summertime; There Will Never Be Another You; Bea’s Flat; I Fall In Love Too Easily; My Funny Valentine; My Buddy; All The Things You Are; Do It The Hard Way; Isn’t It Romantic; I’m Old Fashioned; The Lamp Is Low; You’re Driving Me Crazy; This Time The Dream’s On Me; Everything Happens To Me; Imagination; Dancing On The Ceiling; Easy To Love (78.25)
Baker (t, v); Russ Freeman (p); Carson Smith (b); Bob Neel (d); Larry Bunker (d); Gerard Gustin (p); Jimmy Bond (b); Bert Dahlander (d); Lawrence Marable (d); Kenny Drew (p); George Morrow (b); Philly Joe Jones (d); Red Mitchell (b); Bobby White (d); Bob Whitlock (b); Sam Jones (b); Danny Richmond (d). Los Angeles, New York, Paris, 1952-1958.
American Jazz Classics 90273

Brian Morton - 29 April 2020
There’s a tendency to assume that all Japanese alto players have to sound like either Kaoru Abe or Sadao Watanabe, either all-in screamers or crossover smoothies. Yamanaka usefully sinks...