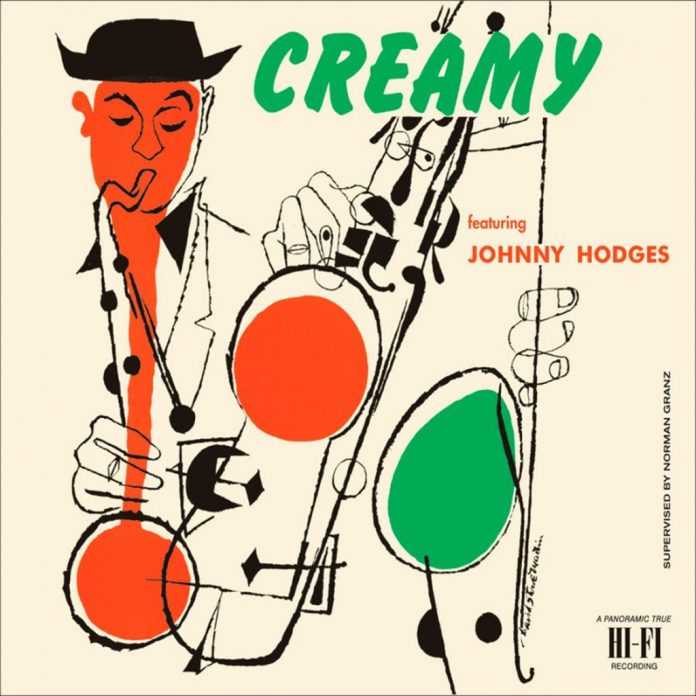 This was produced by Norman Granz, so presumably it was his idea to start the whole show with a ballad medley. Carney, Terry, Brown and Hamilton are OK, but it’s a boring format in any case, and a ballad played by solo bass is double boring. The medley ends with Hodges and Passion Flower, which again is OK, but we’ve heard him play it pretty well the same many times. After that, things perks up a bit.

Scufflin’, a snappy, uptempo riff tune on Rhythm changes, is familiar but enjoyable – and so it should be with this team. Carney is in particularly good form here. The same goes for Honey Bunny and No Use Kickin’. Essentially, each is a string of solos with attractively arranged backing and interludes, the kind of neat, relaxed swing that, sadly, seems to have vanished from the world.

Passion (aka A Flower Is A Lovesome Thing) and Pretty Little Girl, both Strayhorn compositions, bring out the matchless creamy side of the Hodges sound. In fact, it may be fair to say that the swooning, edge-of-sentimentality effect was largely their joint creation. It certainly works like a charm here.

That ends the September 1955 session; the remainder, from January 1956, belongs – most it anyway – in the direct line of the the classic Ellington small-band sessions of the 30s and 40s. The outlines are simple but the subtle to-and-fro of soloists and ensemble, the variety of texture and control of dynamics make both Hi Ya and Snibor quite outstanding. But the best moment of all, for me, is Hodges playing the melody of Sit Right Down. As a lesson in how to take a well-known tune and make it your own, this is up in the Louis Armstrong league. A little masterpiece. The final Texas Blues is back to an eminently forgettable string of solos.

Fred Grand - 28 March 2019
German pianist Florian Weber first grabbed my attention in 2011 when I was fortunate enough to catch his trio Minsarah at an impromptu gig with Tomasz Stanko. Leaving a...