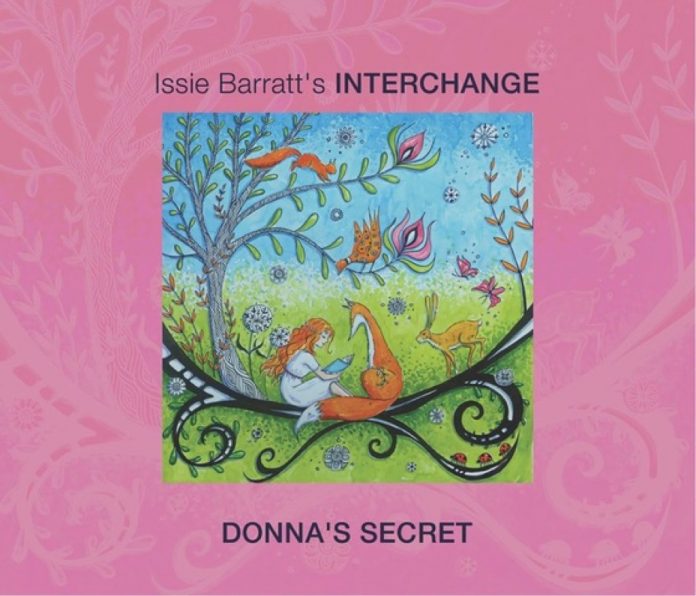 We’ve come a long way from the days when a female jazz musician was a rarity. Names like Carla Bley, Alice Coltrane, Regina Carter and Emily Remler immediately spring to mind and in the UK there were some highly respected players such as Kathy Stobart and Barbara Thompson. There were of course others but it was usually in the role of vocalist that females appeared with a jazz band. In that context, women have always been the stars. But generally and shamefully it was male jazz instrumentalists who were ubiquitous. An example of this male hegemony is unintentionally depicted in the Blue Note 75th anniversary poster from 2014 which displays well over 100 album covers all by males except for a couple by Norah Jones. This is not to criticise Blue Note but rather the genre itself or maybe music education systems in general. Over the past quarter of a century this imbalance has begun to be redressed. The UK now boasts a fair contingent of female jazz virtuosos including Yazz Ahmed, Alina Bzhezhinska, Josephine Davies, Tori Freestone, Camilla George, Laura Jurd and Sheila Maurice-Grey, all regular leaders on the scene.

But Issie Barratt’s (all-female big band) Interchange is not about making a political statement, despite a Women Make Music logo on the album sleeve. There’s no mention of the gender of the musicians just the revelation that Barratt has wanted to work with this particular cohort of jazzers. There’s also an Arts Council England logo too, reflecting the fact that this is an album of engaging and exhilarating music which reflects a “genre-fluid” approach.

Barratt is a well-known composer, producer, educationalist and baritonist, and was ranked number 38 in BBC Radio 4’s Women In Music Power List 2018. For this debut recording of Interchange, she has included eight compositions by different composers with one track written by her. All share the trait of being appealing in terms of their depth and diversity. These are world-class musicians delivering a world-class album.

The title track by Brigitte Beraha benefits from a sprightly, memorable, descending melody line, a cinematic feel and Beraha’s lissom vocals. Barratt’s own composition, Samla Korna Med Kulning, is an extraordinary melange of eclectic influences. Shirley Smart’s stately Palmyra, a suite in three parts and dedicated to the destroyed Syrian city, immediately evokes a Middle Eastern atmosphere awash with tonal richness. The poignancy of the piece is enhanced by Jessica Radcliffe’s crystalline vocals and the composition is characterised by an unwavering vibrancy throughout. Carol Jarvis’s pastoral Hope is imbued with an ethereal, mesmeric quality rendering it quite distinct from the preceding seven tracks. Read more about the album here.

Simon Adams - 13 October 2021
Barney Wilen’s career as France’s finest saxophonist was well on the skids by the 1980s, but was rescued by the unusual intervention of a comic book partly inspired by...