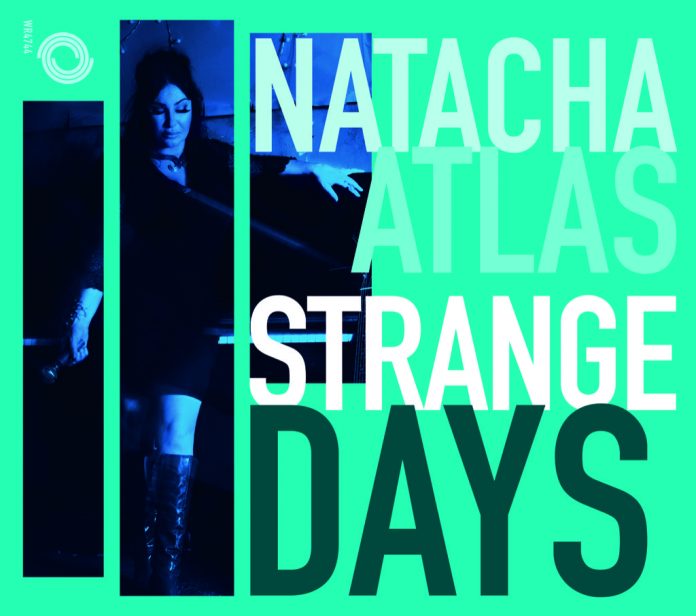 The crossroads of jazz and Arabic music are an unexplored outpost to most Western listeners, besides maybe the work of French-Lebanese trumpeter Ibrahim Maalouf, Tunisian oud player Anouar Brahem and more recently British-Bahraini trumpeter Yazz Ahmed.

Vocal jazz from the region is rarer, though Lebanese legend Fairouz made some forays into it in her later years.

Fairouz no doubt inspired Natacha Atlas, who has an Anglo-Egyptian-Belgian background. With a voice that practically defines sultry, she started out in the 90s with world-fusion group Transglobal Underground and PiL bassist Jah Wobble. She scored a minor hit in 1999 with a cover of Françoise Hardy’s Mon Amie La Rose, going on to work with Jean-Michel Jarre, Nigel Kennedy and Peter Gabriel.

Atlas moved into jazz on her last album, 2015’s Myriad Road, produced by Maalouf. This sequel, again sung in English and Arabic, is co-produced by Atlas and fellow Anglo-Egyptian Samy Bishai. This is really an impressive duo album, with classically trained Bishai also adding violin, guitar and vocals along with composing, arranging, engineering and mixing credits.

While Atlas’s expressive singing is not typically jazzy, some of the solos certainly are, especially the tasty work of Alcyona Mick on piano, Hayden Powell on trumpet and Idris Rahman on tenor, flute and clarinet.

The set spans a wide variety of influences and genres, from Erykah Badu-style nu-jazz on a duet with Joss Stone to another remake of James Brown’s It’s A Man’s World that is more stripped-down than her 2003 version. On the appealing electro-bossa Sunshine Day, she almost beats Bebel Gilbert and Eliane Elias at their own game.

That bit of appealing fluff is welcome after the longest and most ambitious track, the nearly eight-minute All The Madness. Then it’s on to another challenging one, Lost Revolutions, where her voice soars to anguished heights over ominous chant from a male choir. With its wavery, quavery quarter tones, Atlas’s voice is definitely an acquired taste. Yet it’s also a dramatic instrument that may just be forging a new genre.