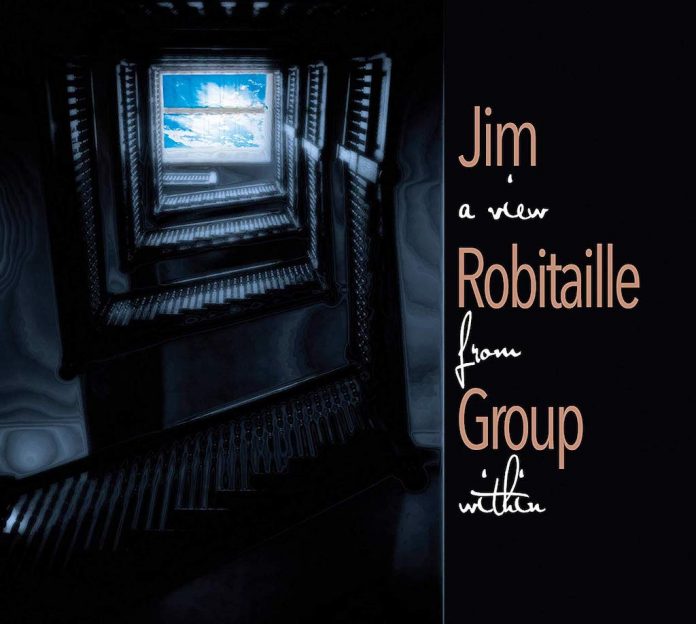 Jim Robitaille has held pretty much every role a musician can hope to in their career, from performing to composing and teaching as well as making numerous album and television appearances. In the process he has also won several awards, including the 9th Annual Thelonious Monk International Jazz Composers Competition and the 2002 Great American Song Contest Outstanding Achievement on Songwriting Award.

Another distinguished player, the veteran saxophonist Dave Liebman (played with Miles Davis, Chick Corea and more), brings along members of his own group – bassist Tony Marino and drummer Alex Ritz – to complete the quartet.

Over the course of nine tracks, the group creates a varied and dynamic atmosphere. There is also an interesting stylistic variation, no doubt due to Robitaille’s thorough expertise as a jazz guitarist. For example, Point Of Origin has a distinct post-bop quality, with Robitaille’s guitar slightly overdriven and with a muted delay effect that adds a strange, ethereal quality to his improvisation. On the other hand, the finger-style nylon-string guitar and plucked bass from Marino on the following track, Nightfall, create an entirely different energy.

The quartet also performs two covers – Cole Porter’s What Is This Thing Called Love and Oscar Hammerstein II and Sigmund Romberg’s Softly, As In A Morning Sunrise. The latter has been covered by a long list of musicians, including John Coltrane, Eric Dolphy and Sonny Clark, and is played with a few harmonic twists, but remains true to the groove of the original (he also manages to squeeze The Lick in). The result of Robitaille quartet’s efforts is a fantastic album – varied, engaging and definitely worth checking out.

Click here to buy Jim Robitaille Group: A View From Within

Graham Colombé - 28 March 2019
The best thing about this compilation, subtitled Learnin' The Blues, is the lengthy but totally absorbing essay by Simon Spillett that takes up most of the 30-page booklet. Confronting the...