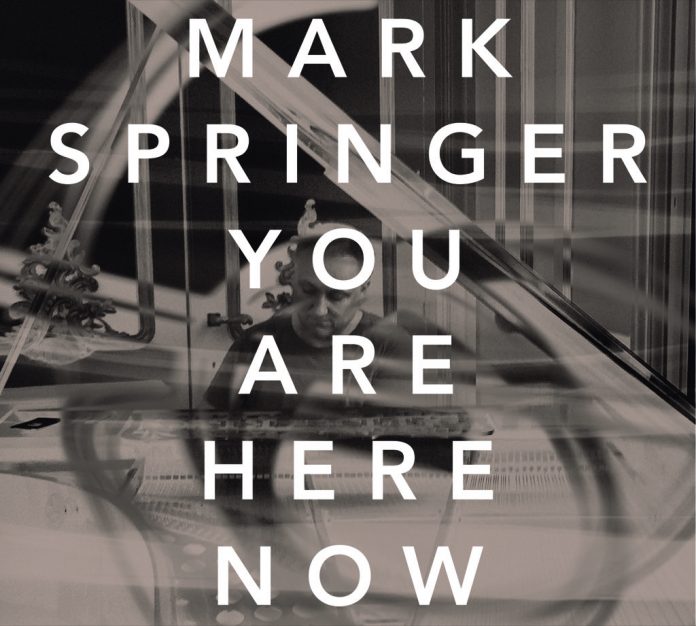 Pianist Mark Springer’s improvisational explorations of the piano continue in fine style with this two-part CD: a series of four solo piano pieces recorded in Bologna, followed by a seven-movement chamber piece for a sextet of piano, string quartet and upright bass recorded later in 2018 in Tuscany.

Mixing improvisation with composition, Springer, in his own words, has “sought out a variety of ways to make musical structures while keeping it a mysterious process. Treading a line between more traditional piano techniques while pushing the medium”.

The solo pieces are mainly quiet and considered, as Springer adjusts to an instrument he had never played before in an acoustic that was equally unfamiliar. The music is also very evocative, suggesting a variety of largely pastoral and intimate scenes, a knotty, involved theme in the final Me And You adding concluding layers of ambiguity.

The sextet work, inspired by the land around the extinct Monte Amiata volcano in Tuscany, is more dynamic, the strings reflecting back his dominant piano lines and providing an often staccato commentary on proceedings. Evocative, once again, but more complex, with more to think about, and poignantly ended with a simple piano and double bass coda. It’s all a long way from Bristol and Rip Rig + Panic, but it’s a fascinating journey to listen to.

You Are Here Now is available from exit.co.uk. More information on the album can be found at Megadisc Classics