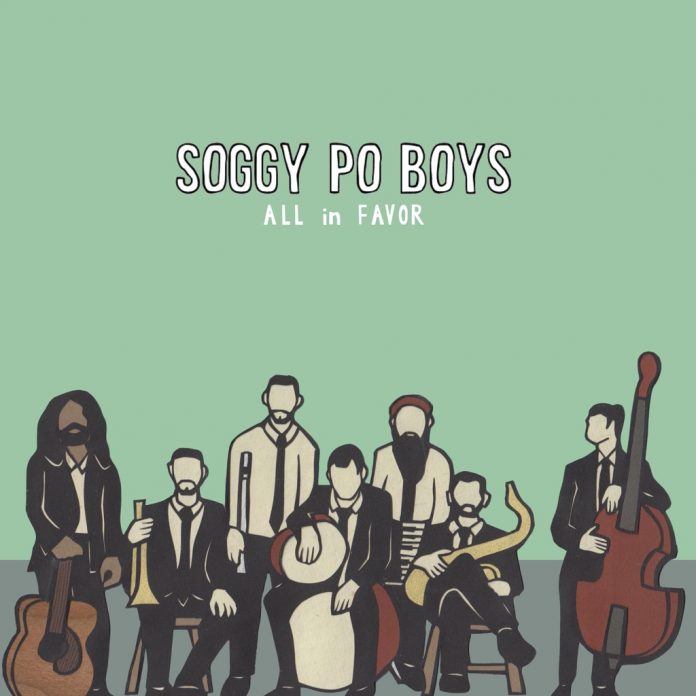 The group’s name cheerfully confirms its dedication to traditional New Orleans jazz, though not exclusively to the strict erstwhile purist style epitomised by Bunk Johnson and George Lewis. The repertoire and instrumentation – no trombone or banjo – make this clear.

Instead, the group reaches back to classic New Orleans jazz of the 20s and 30s with tunes recorded by Armstrong and Bechet, mixed with Caribbean numbers, bluesy soul and R&B, all in relaxed Crescent City style. All but two of the tracks feature the emotively expressive vocals, in Caribbean style, of guitarist Stu Dias.

I was impressed, in the lively, upbeat Shag from Bechet’s Feetwarmer days, by the spirited drive and cohesion of the rhythm section, underpinned by Kiefner’s firm and propulsive bass.

The front horns solo capably and fluently, with some pleasing touches of collective rapport. Lange’s light-toned mobile trumpet rises to the occasion with an interesting version of Hotter Than That without copying Armstrong. Everyone plays well in the upbeat Joshua Fit The Battle Of Jericho, which is sandwiched effectively between the sauntering country blues feel of It’s Raining and Hank Williams’ I’ll Never Get Out Of This World Alive.

Much of the album’s appeal is due to Dias’s catchy and exuberantly expressive vocals. A  raunchy It Ain’t My Fault rounds off a very enjoyable (if shortish) album of happy, unpretentious New Orleans inspired jazz.

Click here to buy Soggy Po Boys: All In Favor

Simon Adams - 10 May 2021
Fran Landesman needs no introduction, for as a lyricist and poet she was unsurpassed. She liked to shock: her luxury item when she appeared on Radio 4’s Desert Island...