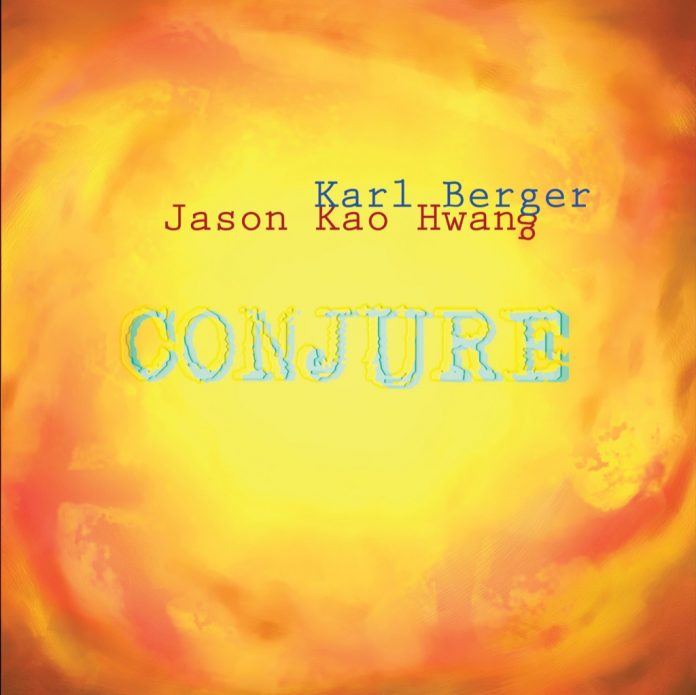 The sage of Woodstock arranged this get-together at his home studio. Jason Kao Hwang drove up on a March day in 2014 and they laid down eight beautiful improvised tracks. If five years seems a long time to get a record out, these men don’t hurry. Berger has been a veteran of creative music for as long as anyone can remember, though without the attention he deserves. He played, you might remember, on John McLaughlin’s Where Fortune Smiles. That was in 1971 and Berger had been making records (as Karlhanns Berger) since 1963.

So there’s a vast amount of experience embedded in these tracks. They bear the vague, unfunky titles you might expect from music of this type, but they’re far from diffuse or impressionistic.

What’s striking about the interplay of piano and violin, or vibes and viola, on these cuts is how freshly naturalistic they sound, as if channelling the landscapes and sounds of upstate New York, which Berger must know like the back of his own gnarly hands.

Berger’s 84 this year, but sounding like a colt on piano pieces like Prophecy, which is the first piano/violin track or the long Water Finds Water, where he switches to vibraphone and Hwang to his larger instrument. Leroy Jenkins and Jessica Pavone have also experimented with the viola in improvised settings, but Hwang really knows how to make its relatively weak projection – it’s an instrument that ought to be louder than it’s capable of, for some odd reason – work for him rather than as a disadvantage. It is as if it reflects Hwang’s more private, inner thoughts, or the moments when he’s suspended in nature rather than communicating with another. And that’s another of the attractive things about Conjure, the feeling that these wise men don’t feel the need to chatter and indulge in Alone Together exchanges (a personal bugbear, I confess).

If it’s philosophical music, it’s far from dull music. There’s life, laughter, landscape and an affirmative lightness that is hard to resist.

Jeremy Isaac - 12 February 2022
Swiss jazz quartet Catmosphere formed in 2017, but has only now released its sparkling debut album. The band is fronted by vocalist Cathryn Lehmann, who released her solo debut...