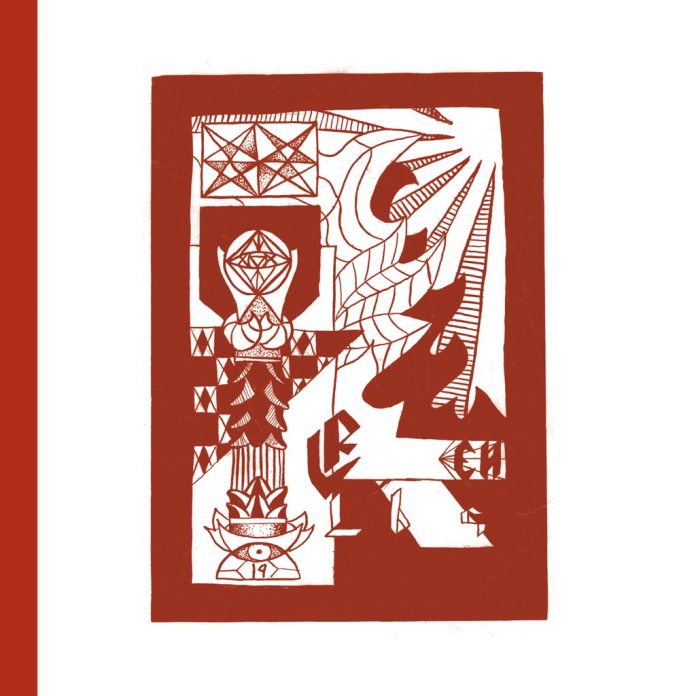 Koma Saxo is a quintet led by Berlin-based Swedish bassist-producer Petter Eldh, who’s worked with Trondheim Jazz Orchestra among others. The album features Christian Lillinger on drums, and three saxes: Otis Sandsjö, Jonas Kullhammar and Mikko Innanen. In Helsinki, Koma Saxo recorded – live at the We Jazz Festival, and in the studio – the raw material for some serious post-production work. There are originals by each band member, plus compositions by Edward Vesala and others.

In a helpful email, Eldh explains his approach: “My production methods are influenced by hiphop and other electronic music, from Morton Subotnick to Tyler the Creator. When I was a teenager in the 90s I was listening to New York hiphop, and instrumental beats on British labels like MoWax”. He was then starting out on double bass, and was interested in electronic music and the use of double bass samples: “I always kept that merge of electronics and acoustic instruments as a sonic possibility… Especially the idea of layering”.

Generally, the listener is often unsure whether they are hearing the authentic sound, or some studio treatment. There are “straight” sections from the live or studio performance, but also a lot of manipulation. Eldh uses the live recording to sculpt intros/outros and interludes. Thus on the Swedish hymn Så Rinner Tiden Bort, he explains, “The first 35 seconds are taken from an improvisation from the live gig and then it merges into the studio-recorded song”. The track’s opening seconds feature ambient noise as people entered the club and the DJ was playing.

Ostron Koma is mostly how they played it in the studio: “A few added drum samples…The very first ominous chord was added for dramatic effect. The outro starting at 2:39 was completely created from scratch. The beat is cut together from the original studio recordings in Helsinki. But the bass was added later in Berlin and the sax with the auto-tune is based on a solo improvisation from Otis”. You begin to get the idea – it’s complex.

Finally, here are Eldh’s comments on Cyclops Dance: “Up till 1:40, is how we played it in the studio. There’s a layer of percussion added on top… From 1:40 I cut straight into the live version which is exactly how we played it until it morphs to this manipulated outro, starting at 3:08, which is cut together from recordings from the live gig”. The result is like a contemporary version of jazz-rock, in that jazz absorbed a more popular genre to create a beguiling fusion – and it’s one of the most exciting jazz-hiphop syntheses that I’ve heard.

Michael Tucker - 04 September 2020
In 2016 Johänntgen left her native Zurich for a six-month sojourn in New York. Paradoxically, to date the fruits of this Big Apple experience have been the two (excellent)...