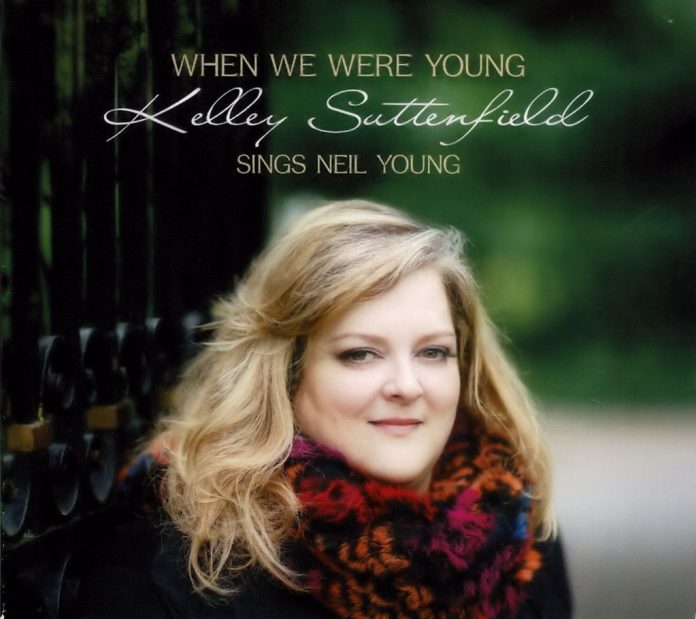 A highly talented jazz singer, for her third album Kelley Suttenfield has chosen to pay tribute to singer-guitarist-composer Neil Young, a major figure in rock from the mid-1960s through to the present day. On her previous albums, Where Is Love? and Among The Stars, she followed different paths. The first of these mixed jazz and popular standards on which she was backed by a quintet. On the second, she mixed classic popular songs with those of a more recent vintage with the accompaniment of only guitarist Tony Romano.

Here, all the songs are Young’s and have been arranged by Tosh Sheridan, who is Suttenfield’s principal accompanist and close collaborator for this set. Himself a composer, Sheridan has arranged Young’s songs with skill and respect for their origins, while simultaneously accommodating Suttenfield’s style, which is very different from Young’s.

The music, thus adapted for a jazz setting that is far from its rock origins, is moved stylistically into the jazz canon. Even so, elements of the origins are accommodated through Sheridan’s charts, as when touches of country rock show through Love Is A Rose and The Losing End, the latter an especially attractive song.

As followers of Young’s work will know, despite having released around 35 albums, he has written a great many more songs than he has recorded. Of the songs heard here, although written many years earlier Fool For Your Love was not recorded by Young until 2000; and Barefoot Floors was recorded by him but not released.

For those already familiar with Young’s work, this album will shine fresh light on melodies and lyrics alike. Anyone unfamiliar with his work will discover that, thanks to Suttenfield’s performance and Sheridan’s arrangements, they have overlooked some engaging and rewarding songs. All will surely enjoy Suttenfield’s gently intimate and warm vocal sound and her understanding of the emotional heart of this music.

Simon Adams - 30 November 2021
Recorded in 1981 at Alice Coltrane’s Vedantic Centre north-west of Los Angeles, where she was a spiritual teacher and guru, this album made its first appearance in 1982 as...