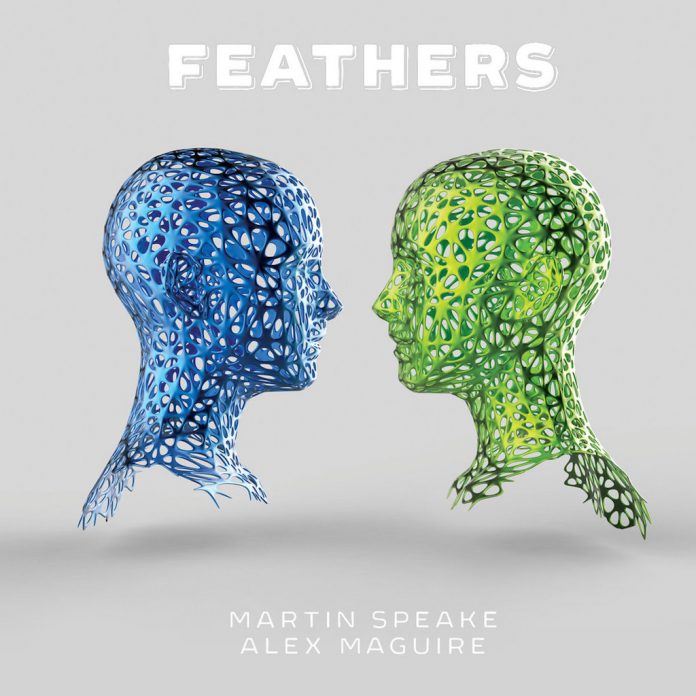 A double album of mainly co-compositions but with a couple of individual contributions by each of the players, this is a series of duets and solo tracks and it shows the close rapport between these two. Both have light, airy approaches (for the most part) that give their interaction a feeling of immediate affinity and clarity of intention. The closeness is apparent as soon as you hear the opener, the sprightly Majolica, with Maguire’s piano responding with scattered notes mirroring Speake’s statement of descending cascades, until roles change and the alto supports a more fluid piano.

The balladic Six Sisters has the sensitivity of a Bill Evans composition and serves to show the empathy between these two accomplished players.

The second disc begins with The Next Stage – imagine a modern version of Konitz playing with Tristano, but going slightly “out”. The sounds intertwine then Maguire adopts a more expansive approach, at one point even hinting at a Gershwin quote. The lightness is discarded for lower tones, giving depth and a slight darkness of feeling, which is continued in Wounded Landscape; an abrasive comment.

Dottles tips the hat to bebop whilst Invisible Paths is a slow, introspective piece, the initial emphasis on the upper register and supported by Maguire’s appropriately sparse piano. This contrasts with the pianist’s solo tour de force, Armistice – Sorry To Be Me, which starts with a full, expansive introduction, an Africanesque sound collage, slightly anthemic, full and uplifting. It expands into diverse territory, using space and rhythmic changes, before returning to a central theme in its closure. Stirring stuff.

There’s much to recommend this album and on the strength of this, a live performance is worth looking out for.

Michael Tucker - 21 April 2019
This is the first half of the batch of 50 re-releases issued in this, the 50th anniversary year of ECM – the independent company which producer Manfred Eicher started...