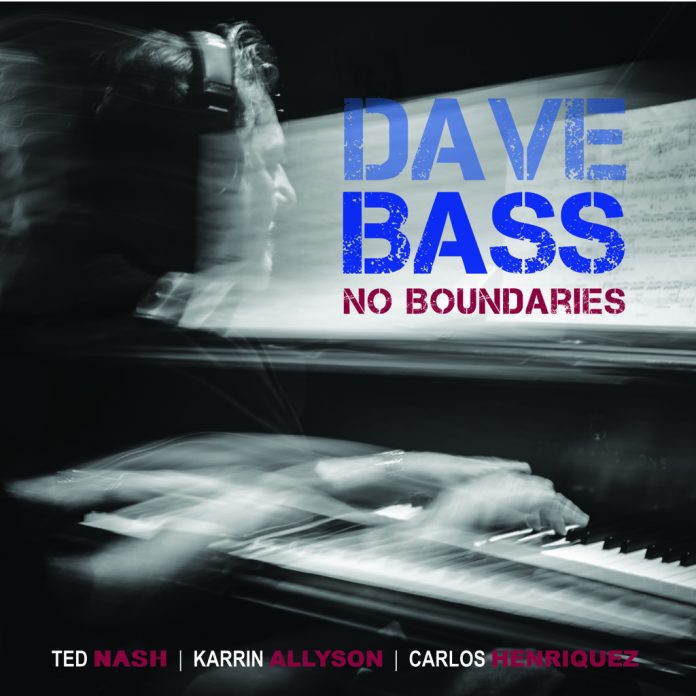 Pianist Bass gave up the music business in the mid-1980s due to a bad wrist break and only returned to his first love in recent years after a stint as Assistant Attorney General in the office of the Attorney General of California. From the evidence on No Boundaries, his third CD, he can only be welcomed back into the jazz fold with open arms.

The pianist clearly has a penchant for Latin-flavoured fare, for close to half the tunes fit into that genre with a number of Bass’s own compositions coming from that direction, hence we have a three-man percussion unit who replace the kit drummer on a trio of numbers.

Alongside the leader, reedman Nash, he of the Lincoln Centre Jazz Orchestra, is highly impressive over a well-paced set, his flute playing being of the highly dexterous kind, his alto being seductive one moment and heading into wailing territory the next. When he turns to clarinet on Neither Have I Wings and In The Rain, his elegant stance is a joy to the ears.

The leader takes a bold approach to the keyboard, there being a clarity of purpose about his agenda, not wasting a note but still expansive enough to keep the listener engaged. How fitting that the final selection, Bud Powell’s Hallucinations, should find him in a trio setting, effectively negotiating a tune originally recorded around the time of his birth.

This is a release which at the very least, deserves to be dipped into, for it has some very worthy qualities which grow larger over subsequent listening.

Nic Jones - 17 April 2020
For yer actual jazz hack there are times when nothing but the kind of free empathy that comes only with musicians deeply listening to each other will do, as...