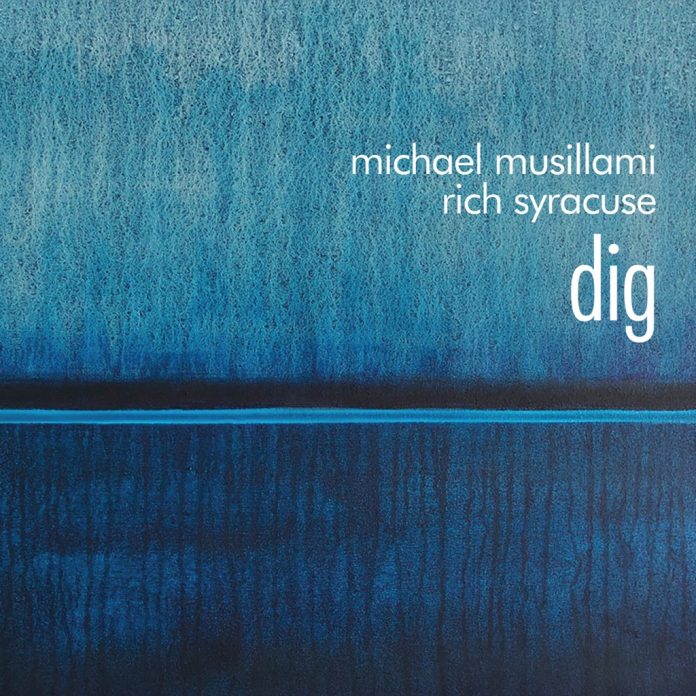 I’ve always found Michael Musillami’s music rewarding. His take on the jazz guitar tradition is personal enough to leave an impression and his compositions are never found wanting in the individuality stakes.

This is the third of three albums he’s made in partnership with Syracuse, with the previous ones focusing on the music of Wayne Shorter and Charles Mingus. Here the focus is on pianist Bill Evans’ music, both in the form of his original compositions and those of others he interpreted in ways that have stood the test of time.

Of Evans’ own perhaps Twelve Tone Tune is not the best known on offer here, but if there’s any justice in this world this duo’s take on it will by whatever means get a wide audience. It’s clear from the off that this is a duo with form, each in terms of their innate understanding of the other’s contributions. There are passages where the piece is taken as far “out” as it might realistically be taken, but such is the trenchancy of the mutual thinking that it’s brought home with no little depth of imagination.

The lyricism on the Evans/Davis piece Blue In Green treats the original with just the right amount of reverence in the sense that it doesn’t stifle the creativity of either man, while both solos are indicative of understanding mixed with the responsiveness of true improvisers.

Nigel Jarrett - 15 January 2022
For anyone who, like me, knows everything Erroll Garner recorded and plays it over and over, these latest tracks from a Boston concert 62 years ago are consolidating rather...