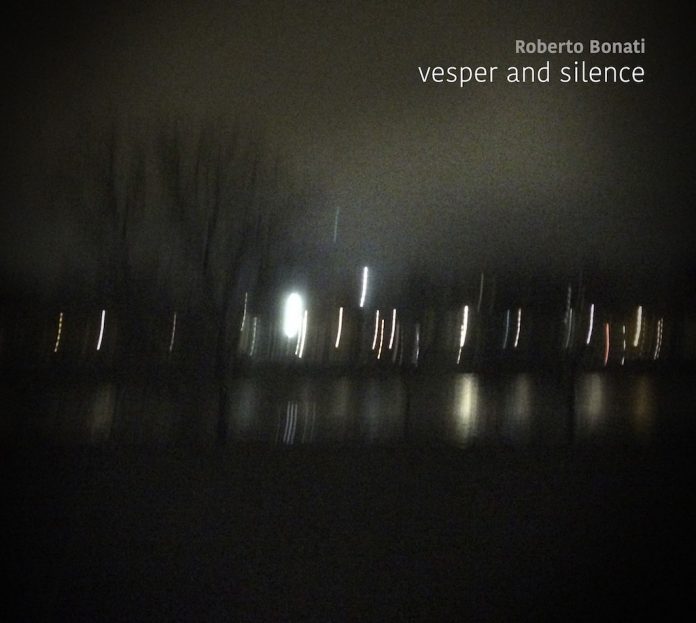 Solo double bass can make for a demanding listen, and yet there are some unexpected classics in the genre. Peter Kowald’s Was Da Ist was a crowned item in the Penguin Guide To Jazz, an accolade that surprised many and prompted more than a few accusations of pretentiousness. Listen to it; it’s glorious. And, of course, there are fine works by Dave Holland (Emerald Tears on ECM), Barre Phillips, Paul Rogers, David Friesen, Glen Moore and others.

Vesper And Silence easily joins this company. Bonati is an important musician on the European scene. A former student of Herb Pomeroy, he’s the founding conductor of the ParmaFrontiere Orchestra and the creator or co-creator of some notably imaginative works for them, including meditations on Gershwin, Lady Macbeth (composers are obsessed with her!) and medieval music.

Bonati was drawn to the double bass after hearing Reggie Workman and Jimmy Garrison on Coltrane’s India, and it’s still possible to hear their influence, Workman’s most evidently, on this solo meditation. Making solo recitals sound like more than technical exercises can be difficult. The closest Bonati comes to that is on the self-explanatory Fifth By Fifth or Mr On Hammer On but the resonance of the bass, arco or otherwise, sometimes tapped to produce tymp-like sounds, is so richly impressive it’s still eminently listenable.

Most of the other tracks are longer and more developed. Campane is a whole landscape of sound, delivered in an orchestra of voices. The Eternal Spiral recalls some of Messiaen’s hymns and “louanges”. Morning On A Winter Shore is similar to Glen Moore’s early work, but with a vocal quality that is unique to Bonati. Melodia d’Ottobre is the equal of anything Phillips has put on record. Towards the end, there is a surprise: a naggingly familiar theme which reveals itself as Greig’s Solveigs Sang, a delightful folk/classical Easter egg in a sequence that always seems to be reaching into jazz tradition for its techniques and language, but also beyond it.

Solo bass may seem like a niche enthusiasm, but it’s more accessible than you might imagine. Bonati isn’t, like Dave Holland or Ray Brown or Oscar Pettiford, a cello doubler and doesn’t venture up into that range very often. Bravely, he keeps the tonality low and the articulation stately rather than virtuosic. At moments one expects to hear a female voice enter, reprising the relationship with Diana Torto on the wonderful Heureux Comme Avec Une Femme from about five years ago, but this time the singer is Bonati himself.

Vesper And Silence is available from Spotify, Apple Music, edizioniarteimmagine.it and International Records Distribution. There is more on Roberto Bonati at robertobonati.com

Gareth Thomas - 21 November 2019
Pokaz Trio are a recently emerged – and seemingly largely unknown – project borne out of the city of Odessa in Ukraine. Headed by Andrew Pokaz, composer and pianist...