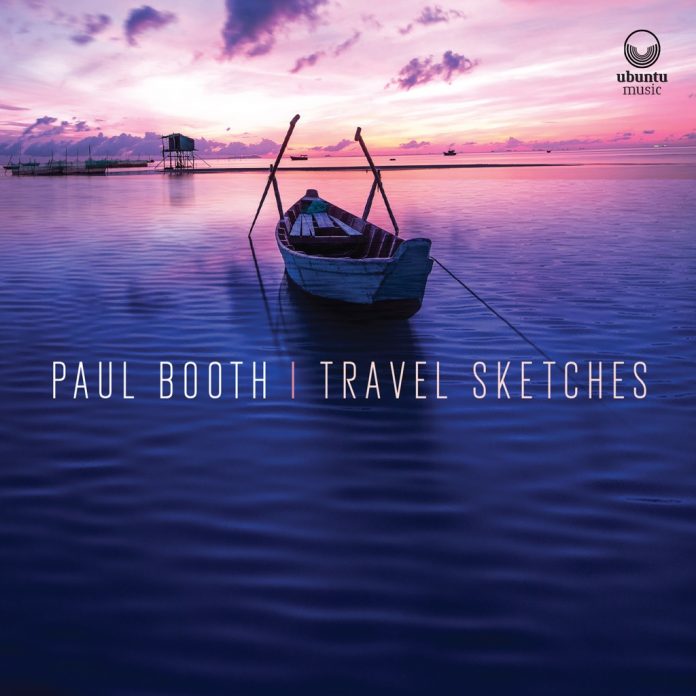 Travel Sketches was inspired primarily by places tenor saxophonist Paul Booth has visited while on tour with various artists. For away from his own groups, Paul is a first-call sideman for the likes of Steve Winwood, Van Morrison, Rod Stewart and even Kylie Minogue.

The opening Seattle Fall was written when Paul, on tour with Winwood, went looking for solitude and was inspired to write a song by an old piano he found in a local theatre. Likewise, Tuscan Charm was written during a lengthy Italian tour. All eight pieces are thus inspired, and all were written by Booth, except the concluding Don’t Give Up, a Peter Gabriel song Booth usually ends his sets with.

Whatever their origins, they all bear the unmistakable touch of Paul’s deft way with a tune, his delicate, breathy saxophone delivery, his tangential approach to a line, his subtle harmonics. Not that he can’t shout when necessary, as proved on Medina Scuffle, inspired by a trip to Morocco.

Steve Hamilton is quietly superb throughout as both soloist and accompanist, heard perhaps to best effect on his elliptical solo to No Place Like Home and when partnering Dave Whitford’s eloquent bass solo on Seattle Fall. Drummer Andrew Bain is ever consistent in his support.

Overall, this is a classy, mature set of great distinction.