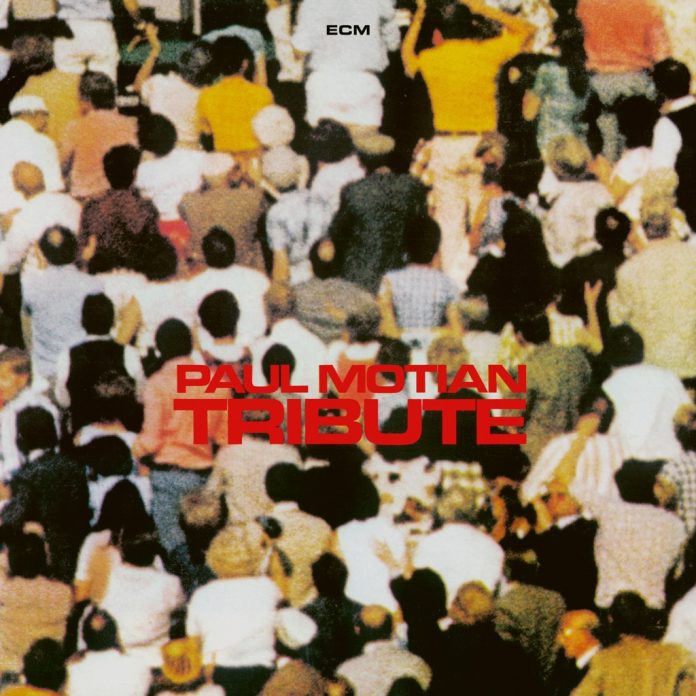 Tribute is an atmospheric album without any indication as to who the tribute refers to but is certainly typical of Motian’s experimental groups of the time.

The drummer had a committed allegiance to things modern, often with an element of restraint; never less than interesting. Few behind the kit have offered his subtleties or his constant awareness of the appropriate lick or variation his front-line partners might respond to.

His playing on this reissue in ECM’s Touchstones series is constantly busy and probing as he reunites with Sam Brown and Charlie Haden, five years after the bass player’s Liberation Music recording. Hence it came as no surprise that two tunes present on that now famous album also found their way onto Tribute i.e. Ornette’s War Orphans and Haden’s only Song For Che. The former revolves around electric guitar and bass, the latter opens with Brown’s acoustic guitar joined by Haden’s studied bass and the leader’s minimal percussion.

Elsewhere, Victoria has the non-electric Brown eventually joined by Ward’s alto, offering a measured theme statement backed up by Motian’s restless drums. Tuesday Ends Saturday features Metzke, very prominent Haden and the most forthright percussion of the date. The saxophonist’s only other contribution arrives on Sod House, where once again his opening lines are delivered at a leisurely pace before opening up a little as the piece progresses.

This is a welcome back for a recording often overlooked in the Motian discography – not essential but always worth returning to from time to time.

François van de Linde - 12 January 2020
Albeit a cliché, “blue” is definitely a description that is appropriate for trumpeter Wallace Roney’s latest release on High Note. “Blue” is all over mainstream and progressive jazz history....