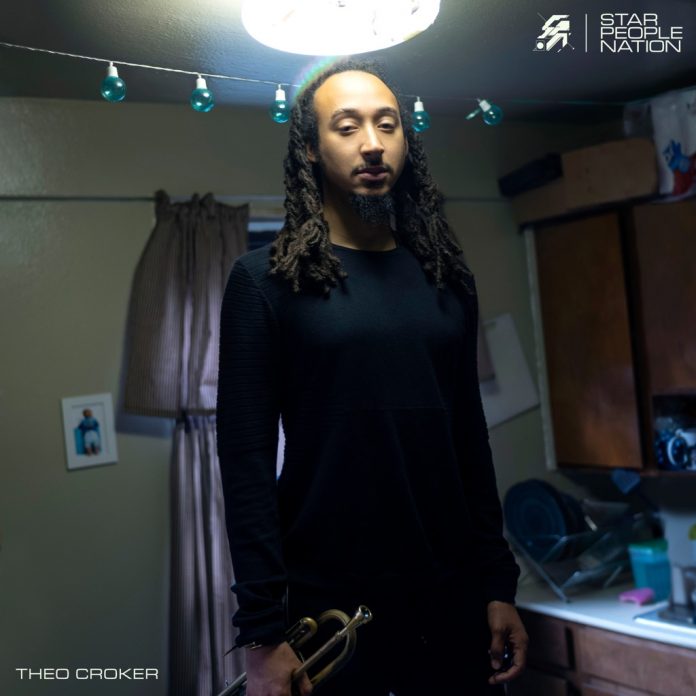 The fusion of jazz with R&B and electronics puts American trumpeter Theo Crocker in same area as Christian Scott and Ambrose Akinmusire. Crocker’s discography has shifted between traditional swing to boisterous funk, and Star People Nation – his sixth release since his 2006 debut The Fundamentals – sees him engage with the roots of modern jazz trumpet while exploring synths, drum machines and sampling.

Crocker’s muted horn in tracks such as Subconscious Flirtations and Titillations, Wide Open and Alkebulan help create an almost dreamy haze that seems to run through much of Star People Nation. This is supported by added synth effects, reverb, and satisfying harmonies from Irwin Hall, who plays a number of woodwind instruments including alto saxophone, bass clarinet and flutes.

It is a shame, however, that Hall is given a limited opportunity to solo throughout the album, as his blistering alto sax in Have You Come To Stay and playful flute solo in Crestfallen are both excellent. This exclusion is made up for with the addition of guest pianist ELEW and tenor saxophonist Anthony Ware on The Messenger, a piece dedicated to Elvin Jones, legendary jazz drummer and member of John Coltrane’s classic quartet.

Also featuring on the album are American R&B singer-songwriter Rose Gold and young Reggae star Chronixx. Both singers provide extra lyrical interest that helps to break up Star People Nation, and Crocker accommodates their individual voices and styles with ease into the wider narrative of the album.

Wif Stenger - 02 February 2020
The crossroads of jazz and Arabic music are an unexplored outpost to most Western listeners, besides maybe the work of French-Lebanese trumpeter Ibrahim Maalouf, Tunisian oud player Anouar Brahem...