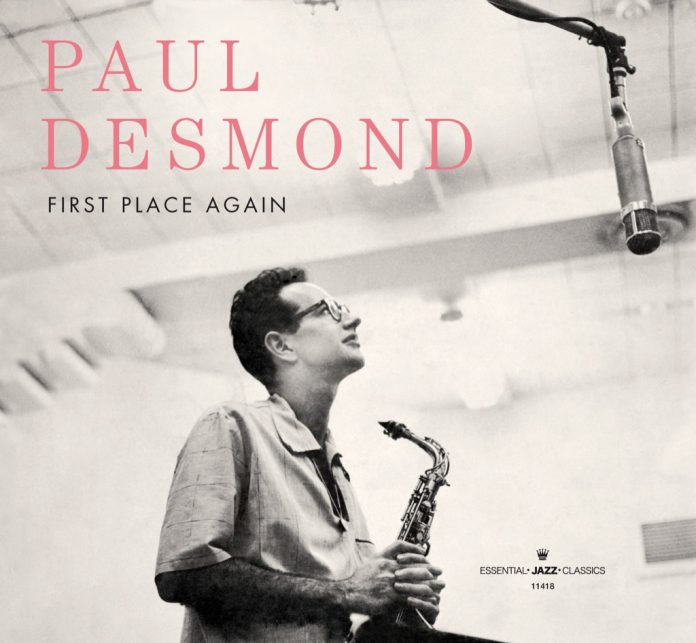 Apart from outstanding recordings with Dave Brubeck, and his hit composition Take Five, Desmond is probably best remembered for his long and productive collaboration with Jim Hall, his favourite guitarist.

With Percy Heath and Connie Heath from the MJQ completing the quartet, First Place was the first of several successful quartet albums released in the 60s. These were conceived as cool, gently swinging “chamber jazz”, lyrical and melodic.

Poised and meditative with a crystal clear tone, often in the top half of his register, Desmond’s phrasing could suddenly throw out a string of intriguingly unpredictable ideas like gemstones, sparkling with melodic lustre.

Jim Hall is a fully compatible partner, his contained and appealing solos matching Desmond’s for inspiration and taste. Sensitive rapport between the two, over smooth, unobtrusive backing from bass and drums stands out in tracks such as East Of The Sun and Poor Butterfly.

Of the bonus tracks, Susie was not included on the LP, and the last five are from later dates, only personnel stated.

These admirable performances don’t set out to offer fire and excitement, perhaps, but they excel in excellent musicianship and melodic invention.

Gordon Jack - 20 January 2022
Throughout a long career trumpet virtuoso Maynard Ferguson fronted a number of very fine big bands and none better perhaps than the one heard on his 1958 Message From...