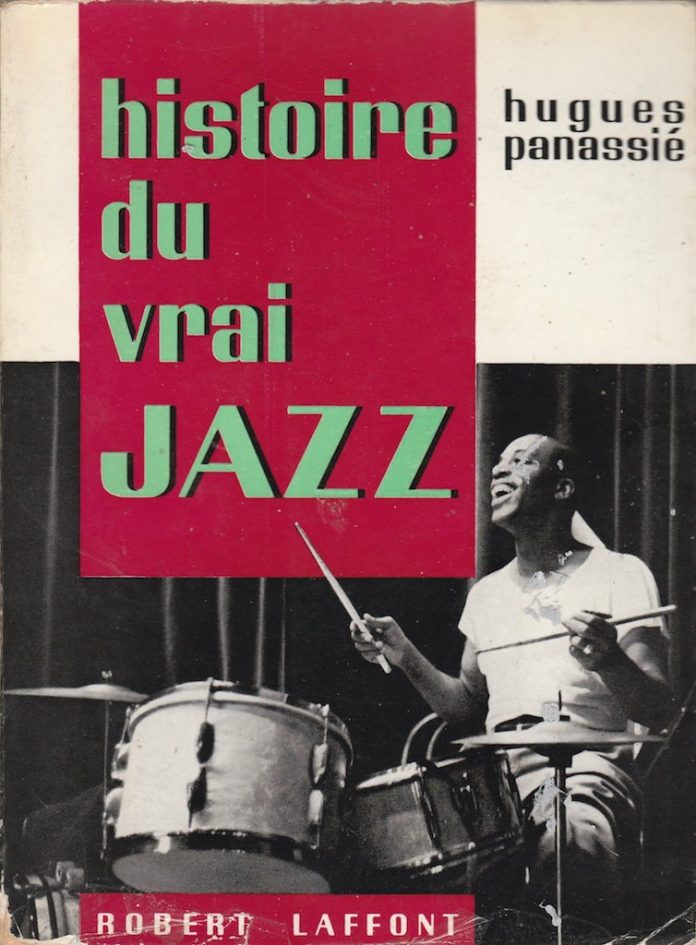 It is something of an undertaking to translate and assimilate in one breath, so to speak, the highly knowledgeable and well-informed criticisms and com­ments of a writer of the calibre of Hugues Panassié. His latest book, whose title can be variously translated as “The History of the Real Jazz” or “… the Genuine Jazz”, must be treated as a recapitulation of his earlier “The Real Jazz” (Smith & Durrell, New York, 1942), with the important riders of such chapters as that entitled “Le Bebop N’est Pas Du Jazz”. That means it isn’t, and if Hugues says so, it must be true. Unfortunately, like most people who live remote from the production centre of jazz, he is to a large extent governed by his assimilation of records, which can be a false indication of a progression in jazz.

Where Panassié comes unstuck in my eyes, is that he is far too dogmatic. Despite my own conviction that in the main the best jazz has come from Negro musicians, I find it hard to accept his repeated assertions that white men only existed to copy what they (the Negroes) had done. The purists will come out with all their flags and bunting at the splendid statement he makes in his introduc­tion: “Only an ignorant person could believe that Miles Davis or Donald Byrd are jazz musicians”. Personally I don’t think this is the right way to start a book on jazz, however strong one’s feelings. Lead up to it, by all means, but don’t throw it in the face of everyone who picks the book up on a bookstall!

The purists will come out with all their flags and bunting at the splen­did statement he makes in his introduc­tion: ‘Only an ignorant person could believe that Miles Davis or Donald Byrd are jazz musicians’

Then my old friend Hugues describes the birth of bop as a great misadventure, brought about by the introduction of harmonic and melodic effects borrowed from classic and modern European music. How would he have reacted, sit­ting on the same fence, in 1880 or 1900, when preciselv the same thing was hap­pening in those southern states of America where jazz was born, which were formerly part of the French colonial empire!

Almost every historical jazz book pays tribute to the influence of European harmonies, especially those born of the dance and the religious hymn, and most people respect the fact that the African element in traditional (i.e. New Orleans and its direct deriva­tives) jazz is almost non-existent. Would you, M. Panassie, wish to have every Negro jazzman subjected to a sort of brainwashing operation to ensure that he is purged or every European influence? Where would it end? – either in the nut­house, the sea, or with jazzmen divested of their instruments, on the grounds that these were European inventions, if one carries purism to the ultimate!

I will join issue on another point. You, M. Panassie, may dislike progress, within the scope of your own ideals, but don”t try to resist it. You make a point in saying that the Savoy Ballroom in Harlem had an empty floor the first time they employed a bop band. That’s just a question of what one is accustomed to. I will retaliate by reminding you that I have heard Louis Armstrong booed in the Salle Playel in Paris, and I once attended, within recent years, the open­ing Basie concert at the Palais de Chaillot, where the hall was half empty, and the gallery shouting unceasingly for Joe Williams to sing “rock” songs. This is a question of habit, education, and a sense of perspective.

I like the lists of records at the end of each chapter, guiding the reader into the right groove, metaphorically at any rate. I deplore the absence of an index, which is an essential to any book of this calibre.

There is so much sound sense in this book that I regret, more than anything, having to make issue with the doyen of French critics on matters of basic principle. His convictions may be stronger than mine, but I feel that one of the greatest advancements in jazz over the last 20 years has been in the strength of its composers. They would be nowhere without fundamental music education, whether it came from Negro or white sources. Let us not pre­tend that Duke Ellington, because he writes down what he wants to play, has divorced himself from jazz, nor that Basie, by virtue of employing some of the finest arrangers in America, has escaped from the enclave where swing means something more than the lip service paid to it by the general public.
Gerald Lascelles