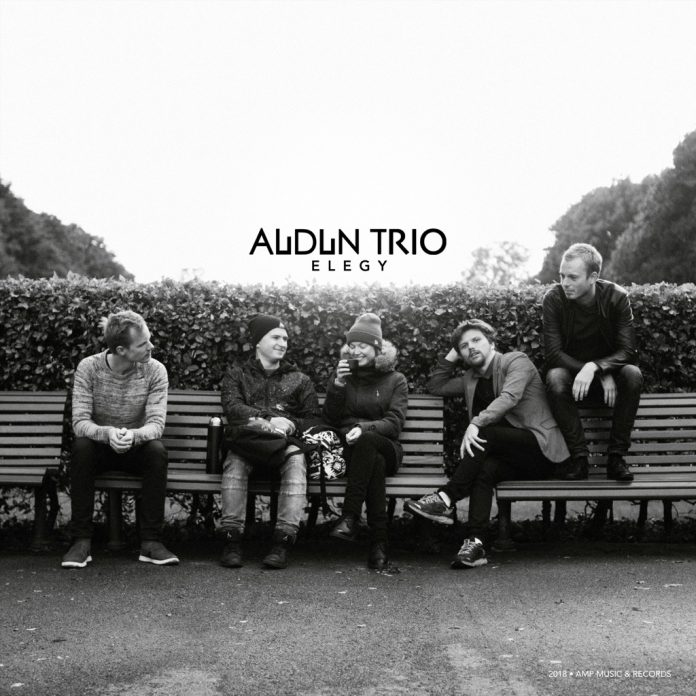 Audun Trio originated in Oslo and has been a working group since autumn 2015. Its second release follows in a broadly similar vein to its promising 2017 debut Rondane (Losen Records). To the more cynical listener the disc’s title might suggest an identikit Scandi piano trio journeying into the depths of grief and melancholy, but in truth Elegy is in reality a rather eclectic affair spanning a broad range of moods and drawing liberally on US jazz and blues traditions.

The title track, written by the leader in 2012, is by some distance the standout piece of the set. A heavy waltz-time ballad, its sparse elegant theme is perhaps less impressive than the audacious implosion into silence which opens up midway through. Almost as if taking deliberate pause for thought, sounds dissipate into the ether before the trio re-group and construct a beautifully measured improvisation of steadily rising energy.

Less successful is Happy Go Lucky, one of several genre pieces that can perhaps be chalked off to youthful exuberance. Taking full advantage of the somewhat lively piano in producer Thomas Vang’s Copenhagen studio, the Dane’s production brings a lustrous vintage patina to the pianist’s faux swing, but the mannered lines and rigid compositional structure are just a little too arch. Got Nothing is built on a rather inconsequential swamp groove, but Til Morten is rather more interesting. Starting as a hushed ballad, by the time it reaches its climax the trio have worked up a crescendo worthy of Neil Cowley.

The minor key Momentum builds from a thoughtful solo bass passage which neatly segues into a power vamp redolent of Stanley Cowell, although it never quite delivers on its promise. The leader’s tortured vocal on Blues, Baby is more than a little throwaway, while the laconic One For Friendship offers another playful variation on the blues. Restoring some measure of quality and originality is the closing Miste Set Selv, an enigmatic and somewhat chamber-ish piece which takes many unexpected twists and turns.

Technically accomplished but more than a little uneven, the album got an extra half star for the sheer brilliance of the title track.