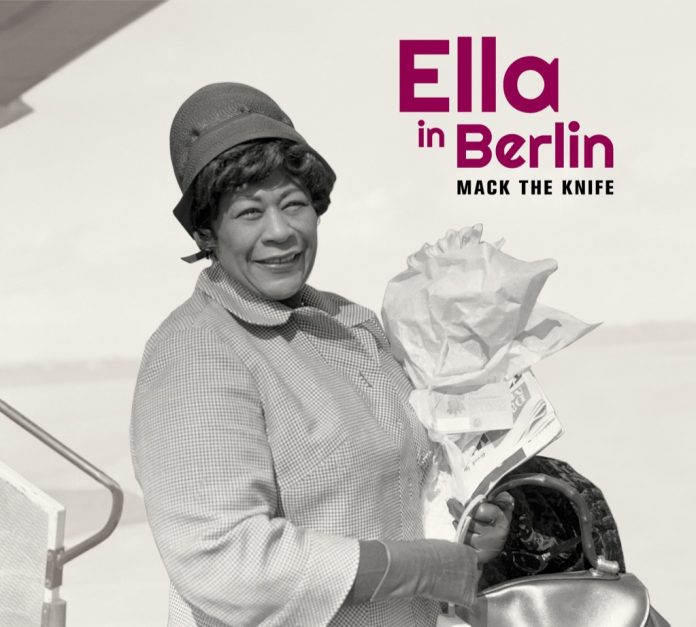 For those acquainted with Ella’s 1960 Berlin performance of Mack The Knife, which has assumed legendary status, this album needs no introduction. It’s almost hard to believe such lyrics could be improvised under pressure in quite this way, but so the story goes – at the fourth chorus of the seven-chorus song, the words escaped Ella’s mind and she substituted spontaneous ones with such humour and vivacity the audience could only respond with rapturous applause. The performance also earned her a Grammy award.

This album contains that performance, plus the rest of the set at the Deutschlandhalle, all of it fairly crackling with Ella at the top of her game.

Other highlights include a gorgeously rendered Misty and a turbo-scatted How High The Moon, but Ella fans will have heard all this before; what’s perhaps more interesting are the bonus tracks, two of which are sung in German (and the only studio tracks on an otherwise fully live album). While I’m in no position to comment on the accuracy of Ella’s German accent, singing in another language does nothing to dampen her sense of timing, though fitting all those extra syllables into an uptempo You’re Driving Me Crazy tests even Ella’s mettle.

You could spend a lifetime listening to Ella and still not cover everything, so prolific was her output. Another of the bonus tracks, a version of Sophisticated Lady at Cannes Jazz Festival in 1959, is new to me. Though it largely follows her studio versions, there are some interesting extra little nuances too, such as changing the lyric “with some man in a restaurant” to the enjoyably more throwaway “with some guy”.

All in all this is a good exposition of Ella’s live talent, though the couple of typos on the track listing – Just One Of Your Things and Out Love Is Here To Stay – are a small but niggling point that accounts for the dropped star here.