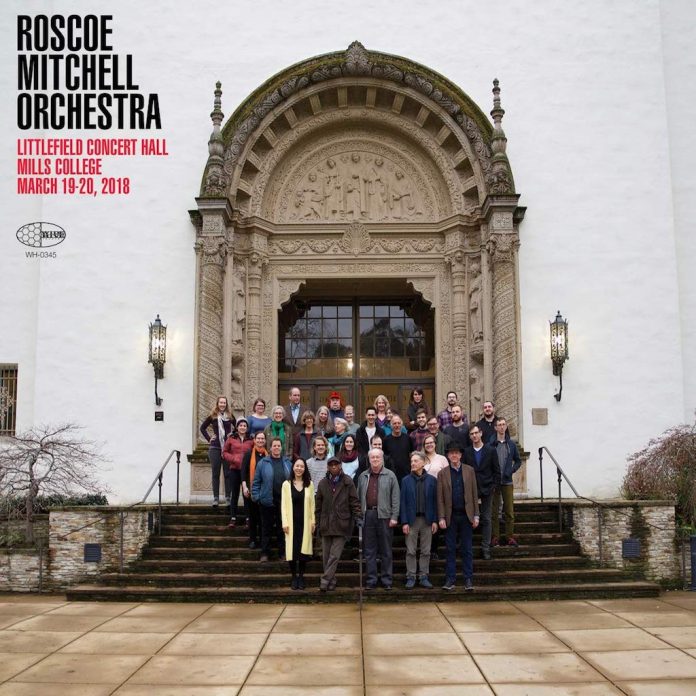 It may not be snappy, but the title of this CD is at least factually accurate. It does leave some things to be clarified though: Mitchell composed all the pieces and conducts one of them (No Nah Nah Nai) but leaves the performances to others. I also definitely needed clarification of the term “autoschediastic” used by notes writer Joshua Marshall: don’t panic … it’s just a fancy [poncy] word for improvised or spontaneous.

Mitchell is justly celebrated as one of the founders of the Chicago school of free jazz, or Great Black Music as he and his colleagues preferred. His early sextet morphed into the Art Ensemble of Chicago, itself part of the Association for the Advancement of Creative Musicians. One of the movement’s merits was a deep attention to details of sound, texture and intricate interaction, and although they could all whip up a storm if the mood took them, much of the most intriguing work was relatively restrained, carefully considered, sometimes even tentative in the positive sense of experimental probing. Mitchell’s compositions for large ensembles, and these realisations thereof, clearly display those qualities. The challenge of achieving a true and equitable accommodation between composed elements and improvisation has been tackled by numerous musicians using various techniques. No Nah Nah Nai is one of the pieces for which Mitchell provides each musician with six cards bearing music he has composed. The players can shuffle these and improvise using that material as a guide. Thus, whilst having a considerable amount of personal discretion they start with a degree of common ground.

Rub, Wha Wha and Frenzy House, conducted here by Steed Cowart, are part of Mitchell’s Conversations For Orchestra series. Mitchell, we are told, provided complete written orchestrations, including parts for haegeum, a two-stringed traditional Korean instrument. Much of the music heard here could be classified as contemporary classical just as well as jazz. That’s neither praise nor condemnation, just an observation. (Incidentally, Mitchell occupies the professorial chair at Mills College once held by Darius Milhaud, who was famously sympathetic to jazz, incorporating influences from the early 1920s onward.) Baritone Bruckner has Charles Ives in his repertoire as well as having worked with the AEC, and I can imagine Ives heartily approving of Rub, with its mixture of mysterious, floating backdrops, sudden fanfare-like brassy outcrops of sound, and unconventional harmonies. It ends with crystalline sounds from piano and percussion. Then, without a pause, No Nah Nah Wei begins with glowing harp chords followed by a slow orchestral upsurge. As the piece progresses the orchestra gradually moves from polite elbowing to heated shouldering until an imperious harp intervention begets a calm ending.

Wah Wah opens with a striking cadenza by trombonist Andrew Strain, leading to an austerely lyrical contribution from pianist Brett Carson, which develops into more agitated playing as he is joined by bassist Richard Worn and percussionist William Winant. Eventually the ensemble returns with a passage of entrancing sound colours and timbres. The programme closes with Frenzy House, which is reasonably described as a concerto for Trovalusci, who plays almost continuously against a turbulent background of chattering lines and looming chords from the orchestra. It’s a satisfying conclusion to an engrossing concert.

I confess that when I first began to listen to this CD I thought it was going to be a long trudge to the end. In fact, I was soon drawn in, was surprised when it finished, and was keen to listen again. It won’t appeal to all our readers, but those who like to explore beyond the stricter boundaries of jazz will find much to reward them.