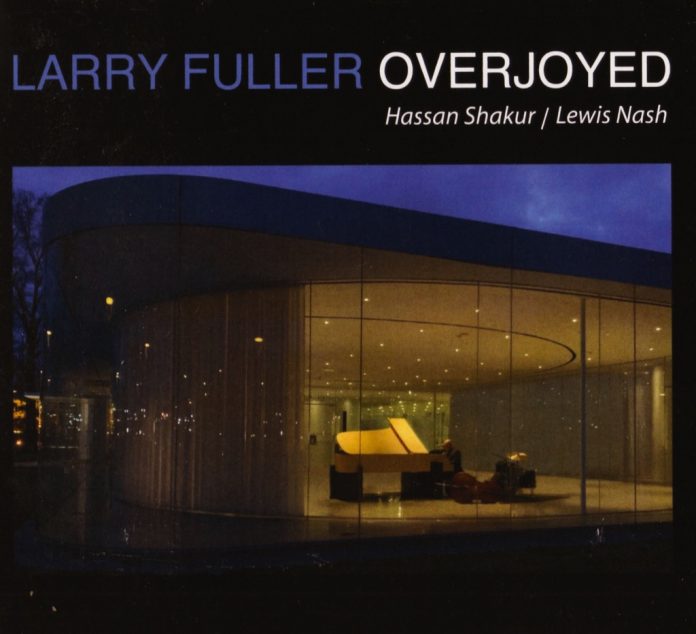 Fuller’s plan was to make a disc in the joyous spirit of the music and “to play with joy, to swing and play the blues” – done. The opening track Fried Pies is upbeat, has a blues-based flavour and swings crisply.

Overjoyed is a Stevie Wonder composition which begins with a reflective piano introduction but not particularly joyous in spite of its title. Fuller works out some interesting variations on the slim melody and is carefully shadowed by Shakur’s firm bass and Nash’s swirling drums. The leader’s light touch enables him to insert tinkling treble runs along the way before settling down to explore the piece in depth.

Ray Brown’s Lined With A Groove is a more funky exercise featuring Shakur on bass and offering a more blues-based track. The trio swing it once into their stride. Fuller’s own composition, Jane’s Theme, is a quiet, lyrical ballad where the pianist can stretch out and demonstrate his light touch on a series of variations. The integration between piano, bass and drums is complete here and is impressive on most of these selections.

The Mooch bounces along neatly with blues licks from Fuller and a solid rhythmic backing by Shakur and Nash. How Long Has This is a piano solo, as is Never Let Me Go. Ray Bryant’s Cubano Chant enables the trio to go off in a pulsing Latin direction and with two bossa-nova pieces following that style is well taken care of. To add even further variety of programming we have Mona Lisa played here as an intense, lyrical ballad in Bill Evans mode.

With a bass and drum team like Shakur and Nash, Fuller can go in many directions over the length of this programme and he does, successfully.