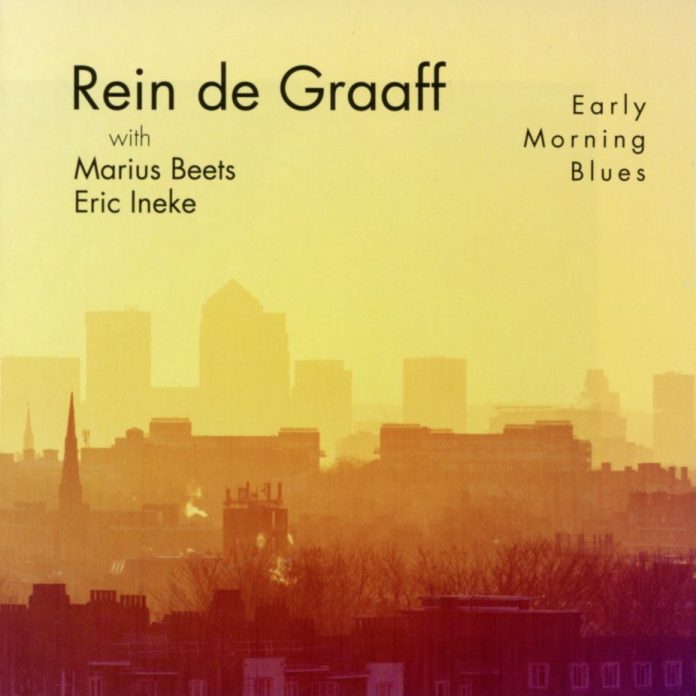 One of the best and certainly one of the busiest jazz pianists in Europe, De Graaff here gets the opportunity to do something he rarely has time for. He plays a full session of trio pieces with his regular sidemen, Beets and Ineke.

Usually fully booked in bands backing horn soloists he has toured with the likes of Dexter Gordon, Johnny Griffin, Teddy Edwards, Bud Shank, Charles McPherson, Scott Hamilton and Nick Brignola, to name just a few. He toured various parts of Europe with Dexter along with drummer Ineke and recorded with Dex.

Here it is all his own favourite music, an unpretentious but satisfying programme of bop, his favourite jazz format. Even many of the selections were based on their familiarity with bop and the earliest musicians to play it, like Parker, Gillespie and Powell.

A brisk, hard swinging Avalon starts us off with the pianist flowing along gracefully at a fairly fast tempo. There are two versions here of his own Early Morning Blues, a slow trawl through a typical modern 12-bar blues. The trio produce a modern variation on Dear Old Stockholm, a favourite of modern jazzers ever since Miles recorded it back in 1956. Rein manages to finds a few new variations on the well-worn theme with a solid bass line from Beets and crisp drumming by Ineke. He is a tasty ballad player too: check out Don’t Blame Me for evidence. George Wallington’s Godchild was more in the cool jazz style but here it gets a red-blooded bop treatment. This one swings easily but so then do all the other selections here.

De Graaff informs us that it was in 1981 that he managed to find time to record his last trio session. Let’s hope it will not be that long again before he gets another opportunity (he might be too old!). The closing Wahoo, based on Perdido, allows the trio to get into a hard-driving, funky groove, a suitable ending to this fine recital.