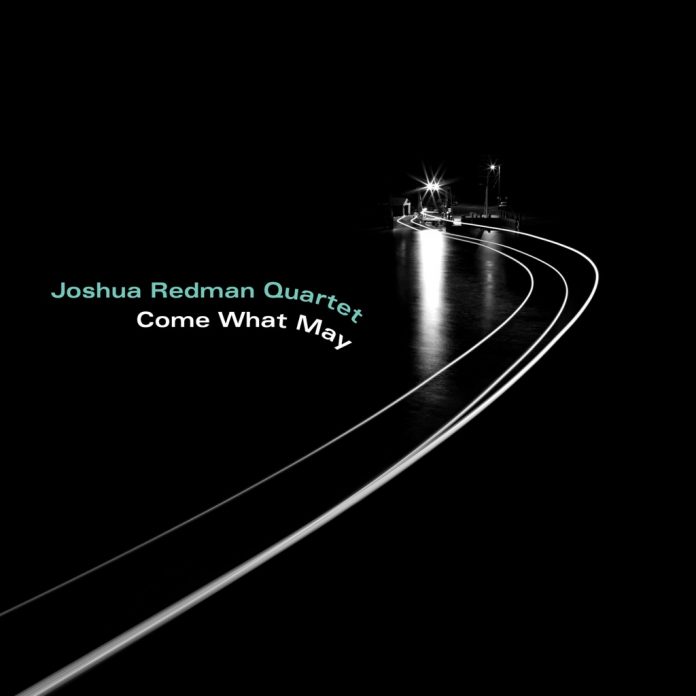 It’s hard to believe that Joshua Redman is now 50 years old. He’s been touring with pianist Aaron Goldberg, bassist Reuben Rogers and drummer Gregory Hutchinson for over 20 years but this is the quartet’s first release since Passage Of Time in 2001. Their first recording together was Beyond, the year before.

All seven tracks on this CD are originals by Redman. They comprise a mix of straightahead jazz, medium swing, funk and free improvisation. The first track, Circle Of Life, is unsettling, with eerie vamps on piano then a repeating but slightly changing waltz-type introductory theme from Redman that never quite seems to break out into a fully fledged song. Goldberg opens most of the other tracks in similar vein creating an enigmatic mood throughout the album. I’ll Go Mine is quite catchy with Hutchinson’s accented and incisive drumming trailing the beat. Owing to its loudness in relation to the other instruments his drumming can intrude at times. This is noticeable across some of the other numbers.

The title track is a slow ballad with wistful sax from Redman and intricate bass soloing from Rogers. How We Do is faster and altogether brighter with a short bop-style piano solo midway. DGAF is a stop-start rondo with Hutchinson’s drums to the fore. Aggressive drumming again features strongly on Stagger Bear where Redman and Goldberg pass the soloing between them both. The last track, Vast, is the longest at 7.48 with the quartet improvising freely and Redman’s sax pining in spasms in the higher register until it fades at the end.

It’s clear that the quartet have developed a mutual empathy during the years they’ve played together. Although Redman takes the spotlight here he doesn’t upstage the others and they are given generous solo space in which to demonstrate their agility and improvisational talent.

This is a relatively short CD. Whilst there are marked mood and tempo changes within the music, there is something of an overall similarity prevailing throughout. I think this is down to Redman’s predominant use of the minor keys, creating an air of melancholia that permeates the album.

The Jeff Benedict Big Big Band: The Weather Is Here, Wish You Were Beautiful

Gordon Jack - 14 March 2021
Jeff Benedict is currently a Professor Emeritus of Music at the California State University and is a 30-year veteran of the Los Angeles music scene. His impressive resumé includes...

Jazz Journal - 26 August 2021
It is unlikely that many of the discussed in this series will find themselves the subject of a BBC television documentary film, though one can think of several men...