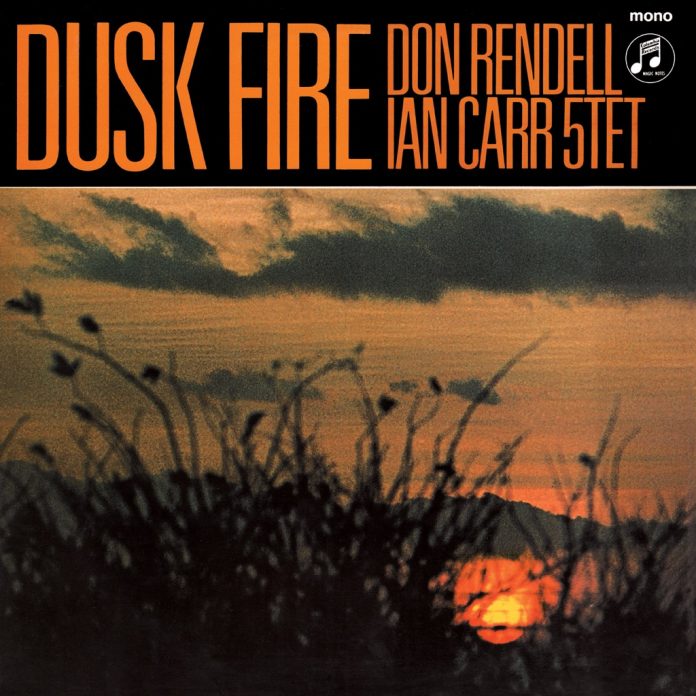 Unaccountably, I never bought this LP when it was first issued in 1966, although I had heard it and thought it superb. (My omission may have had something to do with the cost of a long-player being almost two weeks’ worth of my Saturday-job wages and I was saving up 45/- for Giant Steps on imported Atlantic. I confess I did tape the title track off the radio, however.)

Maybe it was worth the wait, as this pressing is on heavier-gauge (180g) vinyl, packaged in a facsimile of the original cover. It has already been available as part of a boxed set that contained four other albums by the Rendell-Carr Quintet … Shades Of Blues (1965), Phase III (1968), Change Is (1969) and Live (1969) … and which cost rather more than 45/-. (Apparently copies of all five original LPs would set you back around £6,000.)

The quintet was effectively a “brand”, with a settled personnel and a recognisable sound, due to the fine compositions of Rendell, Carr and Garrick as well as the individual playing of all the band members. At the time of this recording the quintet was essentially part of the jazz establishment, and although it was always adventurous and distinctive it was starting to be somewhat side-lined by the rising tide of young lions (to mix metaphors) such as John Surman and Mike Osborne, Mike Westbrook and Graham Collier, Evan Parker and Trevor Watts. In 1969 Carr formed the jazz-rock band Nucleus, which eclipsed the quintet’s reputation at the time, so it is satisfying that the Rendell-Carr group’s distinguished place in the pantheon has become properly recognised in recent times.

Thanks to the aforementioned illicit taping of the title track, written by Garrick, I know this piece well, but despite listening to it innumerable times over the last half-century it still brings me out in goose-bumps. Mystical piano vamps lead into a scorchingly passionate soprano solo before Garrick takes the spotlight. Maintaining the left-hand vamps he begins with dark-hued right-hand cascades that evolve into turbulent funky figures. What sounds like a fade-out makes way for a characteristically eloquent solo by Green, with Tomkin quietly playing hand-drums.

The other compositions are fruitful and varied, too, and the performances are exemplary. The first three tracks are Rendell compositions: Ruth is a gentle ballad with the composer on flute and Carr on trumpet using a Harmon mute, at one point introducing an oriental tinge that would be expanded on the title track. Garrick somehow manages to get a husky timbre on his solo (not easy on piano) before bringing a tougher quality that contrasts with Rendell’s return. Here, as elsewhere, hints of whole-tone scales impart a bluesy quality. On Tan Samfu, a medium-fast boppish piece, Rendell switches to tenor, Carr to open flugelhorn. They use the same instruments on Jubal, featuring Green’s steadfast walking bass behind nicely developed solos by Garrick and the front-line. Side one closes with Spooks, a joint Rendell-Carr tune that walks on tiptoes before the leaders say “boo!” with their overlapping wailing entry. It sounds very reminiscent of Grachan Moncur III’s Ghost Town, recorded on Jackie McLean’s One Step Beyond three years earlier. And why not?

Garrick’s Prayer opens side two with gentle rippling arpeggio and graceful melody. Rendell, on soprano again, agitates the serene atmosphere, with Carr restoring it slightly before Garrick’s solo develops a more straight-forward jazz mood. Hot Rod, a joint Carr-Garrick tune, raises the tempo and the temperature significantly in a demonstration of how well the quintet matched up to the Miles Davis quintet of the time (indeed, sometimes outdoing it). Having ramped up the excitement to such a degree, they prepare us for the 12 stunning minutes of Dusk Fire, aforesaid.