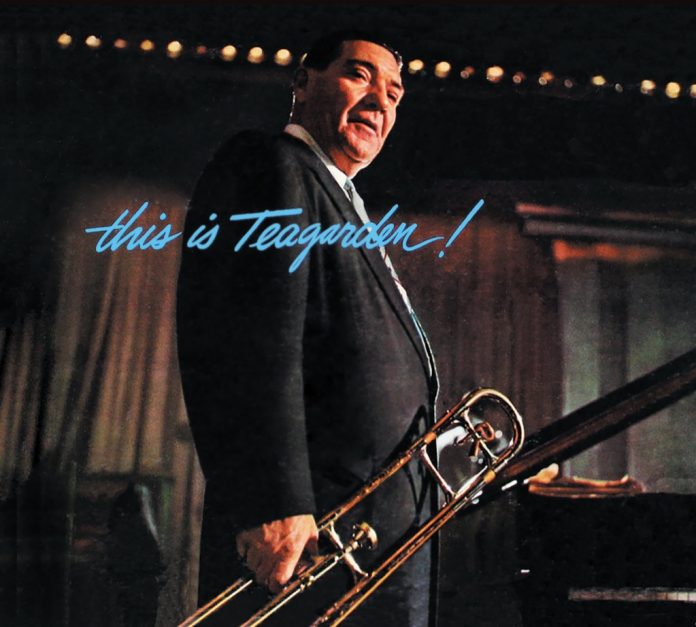 The (1) tracks are vital to the Teagarden canon. It’s almost as though Capitol, recognising the scattergun output of Jack’s discography, had called on Van Alexander to signpost him with these 12 arrangements. And so the trombonist was given the best platform of his life. He’s at the top of his game, singing and playing, and the Dixieland-ish big bands (Charlie Tea plays trumpet on six tracks and Eddie Miller pops up on tenor) provide perfect support.

Most of the numbers are Tea’s own property, but you’ll relish Old Pigeon-Toed Joad, one of the charming classics written by Willard Robison, whose songs often referred back to the Civil War and might all have been written with Jack in mind. Great moments litter the other Capitol tracks – I have a particular affection for the trombone solo on My Kinda Love, backed by a four-trombone choir.

Had it just been the Capitols, this disc would have run away with all the stars available, but the added Verve album (2) is slightly flawed. Presumably the idea was to revive the McKenzie-Condon Chicagoans – a noble aim. But McPartland was never an inspiring player, and the ensembles are the worse for him – a Kaminsky, Davison or Hackett would have lifted things.

What the hell Lil Hardin and Blossom Deeley are doing here, I can’t imagine (Boogie and Rag are Hardin piano solos), particularly when the under-used and under-exposed Joe Sullivan was on the session. Teagarden is superb singing and playing on his 12-bar Logan Square and Pee Wee and Bud are characteristically quirky.

It’s an excellent CD, despite my moaning.

Simon Adams - 09 August 2019
California-born of Armenian heritage, Areni Agbabian is both a singer and a storyteller, an improvising vocalist whose voice casts a quiet spell on each of the 17 evocative songs...