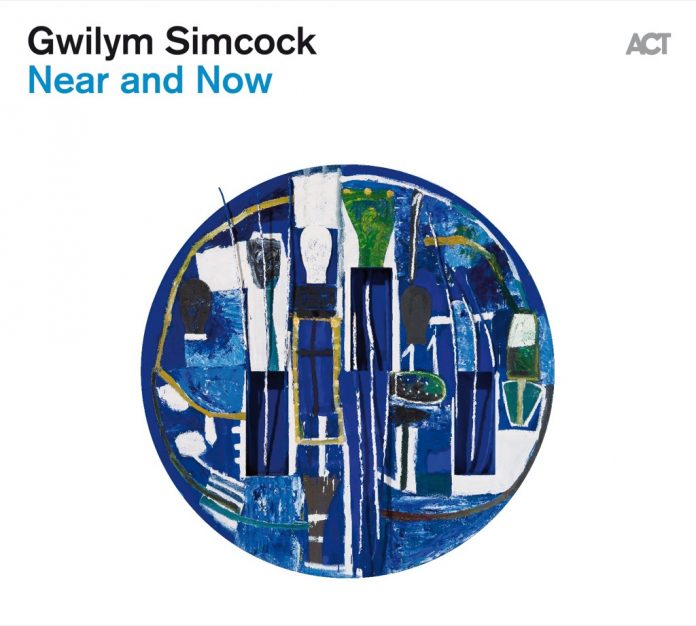 Gwilym Simcock’s versatility as a musician has seen him perform with singers, big bands and orchestras. With his latest album, Near And Now – recorded for solo piano at his home in Berlin – the Welsh-born pianist is returning to a more intimate setting.

Near And Now is Simcock’s second solo album recorded for ACT, the first being Good Days At The Schloss Elmau, which was shortlisted for a Mercury Prize in 2011. The recordings on Near And Now have a slightly clearer sound with less reverb compared to the 2011 release – recorded at the Schloss Elmau hotel in Bavaria – which, personally at least, is an improvement as far as recording quality is concerned.

The pieces on Near and Now are generally quite meditative ballads with blues inflections scattered throughout, allowing Simcock to achieve his goal of creating an “honest and personal sound”. His playing has a full texture created by rich layers of harmonic activity, making full use of the lower register in pieces like Before The Elegant Hour, with a hammering bass underpinning bluesy chords. The opening and closing pieces – Beautiful Is Our Moment and Many Worlds Away – are the longest on the album, running for just under 16 and 20 minutes respectively. These are both split into three parts yet move with a flow and coherence that makes them sound much more like a single whole than separate movements stitched into one.

Simcock cites Keith Jarrett’s home-recorded solo album The Melody At Night, With You as an inspiration for this release. Though the latter is much more focused on original compositions instead of standards, the influence of this – and indeed of Jarrett’s playing in general – is evident. Simcock dedicates each track on Near And Now to fellow pianists, including his own mentor from the ages 14-18, Les Chisnall (Chisnell, according to the press release). It is these dedications that articulate the intimacy and feeling that runs through the album’s thoughtful compositions.