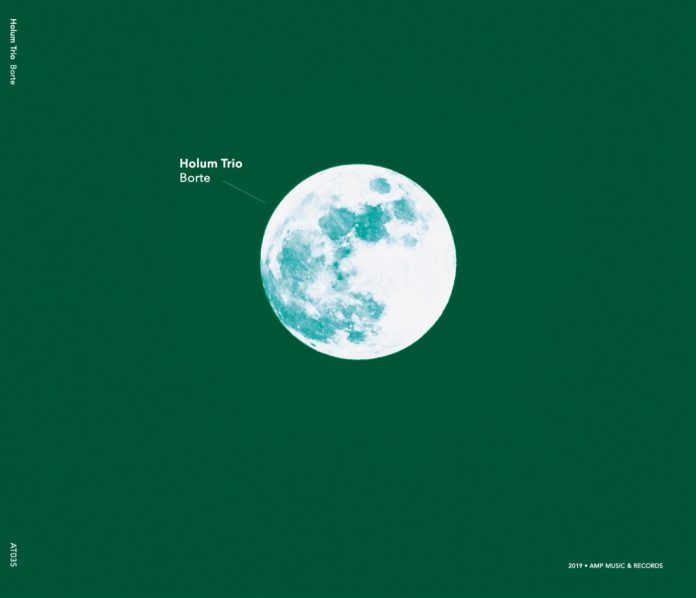 It’s not often that I feel at a loss. That’s patently untrue: most social situations leave me awkward and disorientated, and there’s a young woman at work who makes me blither just by saying hello, but when it comes to a jazz recording, I usually manage to string together a few coherent thoughts.

This is an odd one, though, positioned somewhere between experimental and lite. Sweetly enigmatic was the only tag I could fish up. The bah-bah-dah vocals under the brass line on the opening Strandpark seem to come out of a forgotten 50s film soundtrack, cueing a walk through trees or a drive in an open-top car. After a couple more miniatures, Asante is a spaciously woven jazz line over a surprisingly funky beat. Likewise Östra, which flirts with abstraction, and Til Alle, which is all dark shapes and moonlit tonalities, but again with the voices, this time channelling something close to plainchant. Galapagos, my favourite, rumbles along under a trumpet line that wouldn’t be entirely out of place at a Mexican wedding, briefly interrupted by a sweet solo vocal (by composer Andersen?) and a variant of the solo in the second half.

Don’t mistake inarticulacy for dislike. I enjoy this record very much indeed and have played it on repeat over several evenings. But as to providing a clear sense of its musical provenance and stylistics, I’m still nowhere with it, especially when the trapped housefly or bee puts in an appearance on Eg Bit Ikkje, a genuinely unsettling piece of found audio.

I’ve decided that one of the things that makes it so difficult to characterise as a record is that there is virtually no space between the tracks, creating the impression that everything runs on continuously, which may well be the intention. It’s good for us to have our critical self-confidence knocked into touch once in a while. My advice is that you try it out for yourself (but let me know what you think – I’d be grateful for the steer).

Roger Farbey - 27 April 2021
It’s not too much of a hyperbolic stretch to contend that Jim Hall was and still is regarded by many as the jazz guitarist’s guitarist. Certainly he influenced many...