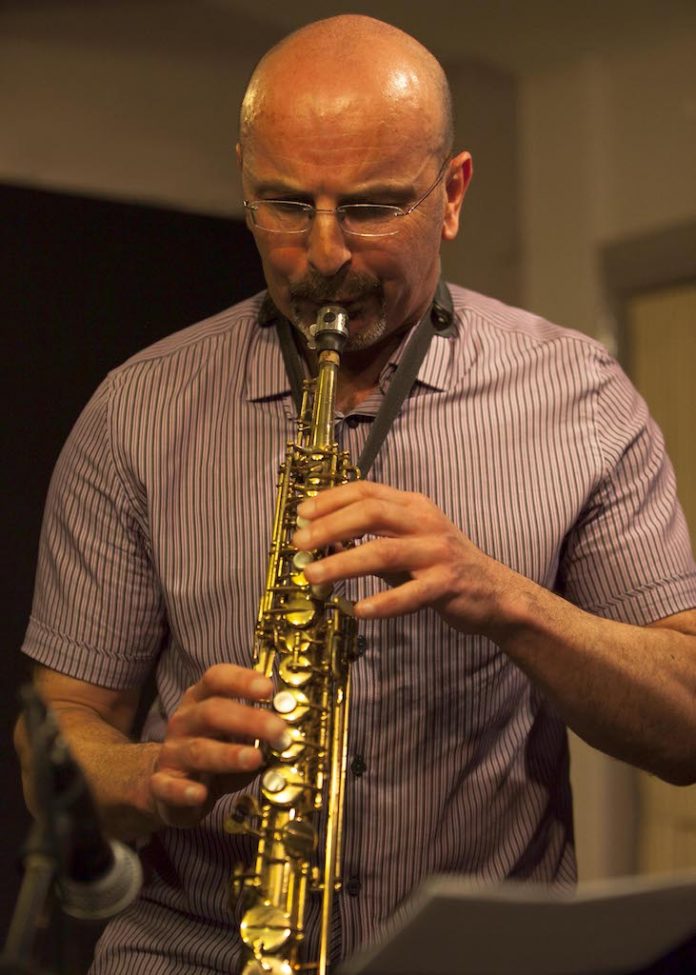 John Robert Brown, reviewing Tony Woods’ album Hidden Fire in Jazz Journal March 2018 wrote “Woods has developed into one of the UK’s stronger wind players and jazz composers, well worth hearing, a player of whom to be proud. Woods skilfully sustains a consistent mood throughout this CD of attractive, folk-inspired original compositions”.

Now Woods tours Hidden Fires and other music through the UK until October.

The music shifts gears between jigs, reels, Balkan dances, atmospheric ballads and ambient electronics, but Tony Woods’ jazz connections (he studied jazz at Leeds) are also prominent, with Latin, African, funk and rock grooves forming a strong component in his compositions. The emphasis, both in the compositions and the improvisations, is always on lyrical melody.

The tour began in Wakefield on 3 May, and runs through to 6 October in Lowestoft. See all the tour details here. Look out for Hidden Fires tunes plus some music from Woods’ next album and some well-loved favourites.

As well as performing concerts, the Project will lead workshops in schools and community centres across the country, all generously funded by the Arts Council of England. The 13 June date at the Sound Cellar, Poole will be recorded for broadcast on BBC Radio 3’s Jazz Now programme.

Ian Lomax - 25 December 2021
Grover Washington Jr. is to the jazz saxophone what George Benson is to the guitar. Both are fabulous musicians, whose roots are undeniably jazz. Yet each had the talent...