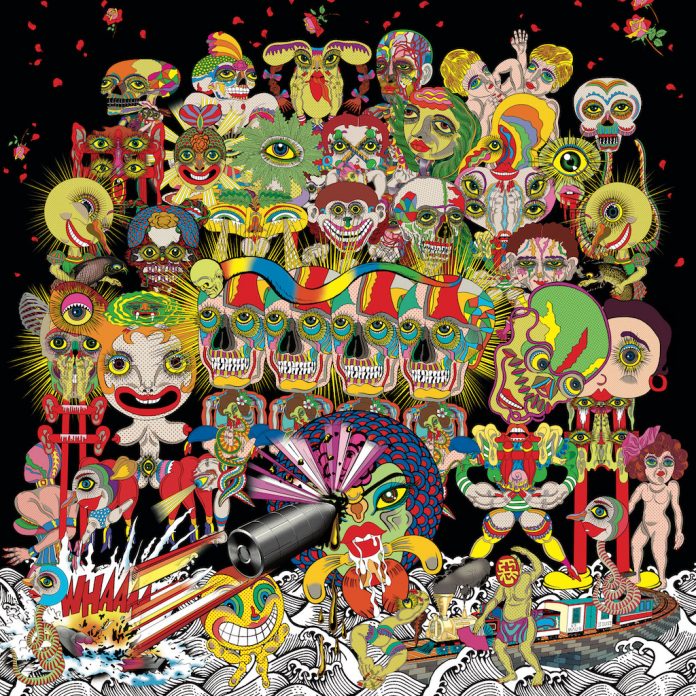 Such a cornucopia of delights awaits the listener in this paean to The Beatles’ most widely revered album and which in 2003 was placed by Rolling Stone at number one in the magazine’s list of the “500 Greatest Albums of All Time”. Each of the 12 artists featured here are allotted one track (excepting drummer Antonio Sanchez who constructs groove-laden, percussive-rich expositions of the title track intro and its subsequent outro) presented in the same order as the original Sgt. Pepper’s Lonely Hearts Club Band (Parlophone, 1967).

This is not the first Pepper tribute jazz album and probably won’t be the last. Django Bates released Saluting Sgt. Pepper with the Frankfurt Radio Big Band a couple of years ago (Edition, 2017). But that was a completely different kettle of fish compared to this version in which the contributors, in most cases, take a much looser approach, sometimes to the point of unrecognizableness.

That said, the quality of these performances is in no way impaired by the near-anonymity of some of the tracks. It almost makes them more of a challenge, to try to identify the tunes without reference to the CD sleeve. In many cases the melody does emerge at some point, Brandee Younger’s Being For The Benefit Of Mr Kite, for example, is elegant in the extreme with harp and flute to the fore, making for compulsive listening. The same can be said for Mary Halvorsen’s indelibly mesmeric With A Little Help From My Friends. This stand-out track sees the guitarist laying down a typically uncompromising interpretation replete with frequent disconcerting yet irresistible portamento interpolations.

Another important feature of this album is that it should act to consolidate the importance of all those musicians featured here, irrespective of their current prominence. This could even have the equivalent effect to Island Records 1969 sampler (of blessed memory to those of a certain age) Nice Enough To Eat. Tom Skinner’s trio Wildflower offers a hypnotically deconstructed take on Getting Better and centres around Idris Rahman’s indefatigably wailing tenor. However, all of the artists featured here unquestionably are, or will be, leading players in their own right. Bassist Miles Mosley, who’s already begun to make a name playing with the likes of Kamasi Washington, offers a heavy duty version of Lovely Rita. Cameron Graves’ staccato introduction to Fixing A Hole is rapidly transformed into a gorgeously lithe piano solo before returning to the deliberately arch intro. Shabaka Hutching’s quintet (Shabaka And The Ancestors) evinces a feisty twin-horn fronted manifestation of Good Morning Good Morning that’s a million miles from the original but all the more compelling for it.

Given that Sgt. Pepper is one of the most well-known albums ever produced, this set of new performances may fall into this category too, not least for its literally iconic cover art, in full Blue Meanie mode. Each track forces the listener to re-evaluate the Beatles’ music given these imaginative reworkings, often afforded different, more complex time signatures. This extraordinary album contains no duds, just gems and not merely because the originals were so brilliantly timeless.

Discography
Sgt. Pepper’s Lonely Hearts Club Band; With A Little Help From My Friends; Lucy In The Sky With Diamonds; Getting Better; Fixing A Hole; She’s Leaving Home; Being For The Benefit Of Mr. Kite!; Within You Without You;When I’m Sixty Four; Lovely Rita; Good Morning Good Morning; Sgt. Pepper’s Lonely Hearts Club Band (Reprise); A Day In The Life (58.26)
Antonio Sanchez (d); Mary Halvorsen (elg); Shabaka Hutchings (ts) and many others. No details.
Verve, no cat number supplied

Ian Lomax - 17 August 2021
This vinyl collector’s edition of Howlin’ Wolf’s debut album for Chess Records was voted 153 out of the 500 greatest albums of all time by Rolling Stone magazine. Personally,...