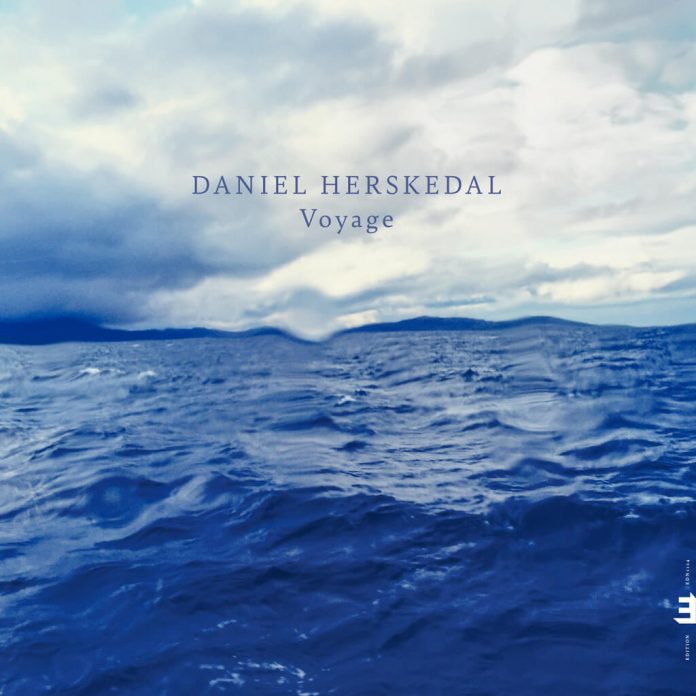 Founded in 2008, pianist and producer Dave Stapleton’s Edition label has proved to be one of the most attractive, wide-ranging yet always poetically focused developments in recent contemporary jazz. Think of Stapleton’s own Flight of 2012, with its seamless integration of jazz and string quartets set in service of diversely affecting, melodically rich themes and vibrant improvisation, or the more recent, intensely atmospheric Animal Image from Verneri Pohjola (t, electronics) and Mika Kallio (d, pc).

Norwegian brass man Daniel Herskedal exemplifies the poetics of a label which, as its name would suggest, carries special appeal to anyone who has relished the Nordic side(s) of things at ECM – as well as an album from the German label like the American French horn player John Clark’s spaciously cast Faces from 1980 with David Friedman (vib, marimba), David Darling (clo) and Jon Christensen (d): for that latter correspondence, hear especially here, The Lighthouse.

Voyage is Herskedal’s fourth album for Edition, following the well-received Neck Of The Woods, The Roc and Slow Eastbound Train. Beautifully crafted, it pitches itself deep into both contemporary geo-political territory and archetypal mythopoetic realms, as a glance at the titles will confirm. The music is now rippling and rubato, poised and tender (Cut And Run, Horizon) now urgent and ostinato-driven (Batten Down, Great Race) with the probing but largely consonant blend of jazz and classical accents and timbres limned on occasion by Arabic glisses and ornamentation courtesy of Maher Mahmoud’s oud (Mediterranean Passage, Rescue-at-Sea).

Hersekedal’s rhythmic and tonal range and overall patience of poetic melodic conception are as impressive as ever and he is supported by excellent work from all his cohorts – although special mention must be made of Norwegian percussionist Norbakken (ex-associate of, a.o., Jon Balke, Mari Boine, Kari Bremnes and Karl Seglem) who is simply superb throughout. A splendid, even noble album.

Jazz Journal - 30 April 2019
Opponents of Bailey's playing often claim that there is a sameness about his performances. Just the opposite is true and at times we hear a side of his musical...