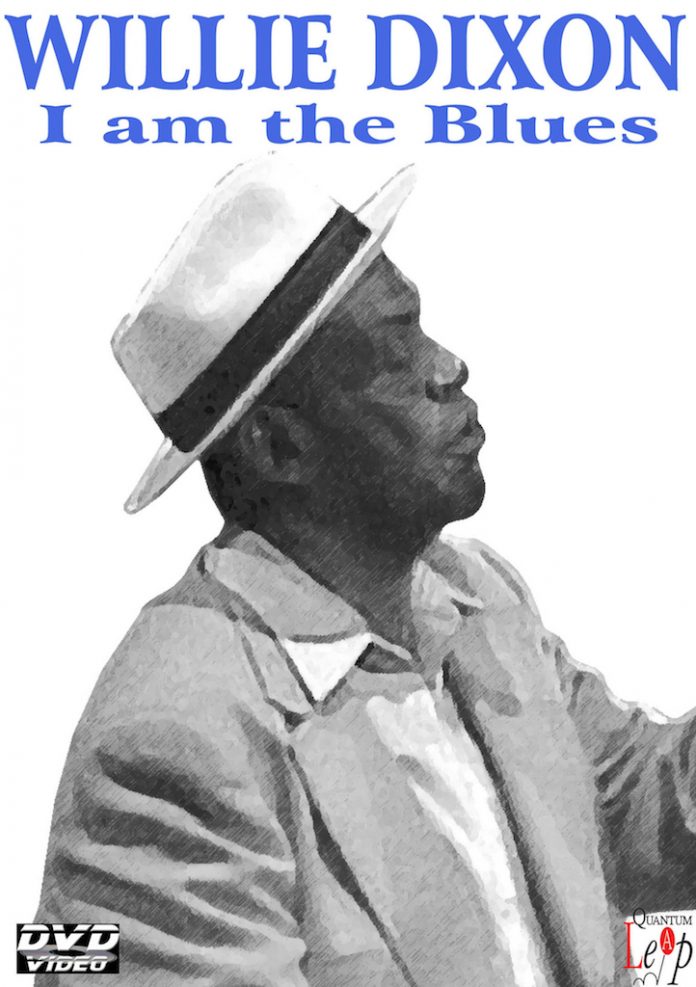 This is a live studio performance by a group of mainly veteran Chicago bluesmen led by Leonard “Baby Doo” Caston and fronted by Willie Dixon, who sings several of his own songs and talks to the audience, philosophising about life in general and the blues in particular.

Here and there, are a few clips of Dixon and Caston talking about aspects of Dixon’s life. The songs performed are I Just Want To Make Love To You, Sandy Field, I Got The Blues, Built For Comfort, Seventh Son, Jungle Song, Peace and Wang Dang Doodle (All Night Long). Musicians in the band are Caston (org, p), Arthur “Butch” Dixon (p), Carey Bell Harrington (harm), Mike Morrison (elb), John Watkins (g) and Clifton James (d).

Dixon was coming up to 70 at the time of this session but his voice is still rich and his interpretations go to the heart of the blues. The backing band are all good, notably Caston who has several solos and also sings well. The session appears to be from 1984, which is three years before Caston’s death with Dixon dying five years later. Also on the DVD is a brief written biography of Dixon as well as a discography, filmography, bibliography, etc.

As an opportunity to see a major figure in urban blues in a live performance this is commendable although a documentary of Dixon’s life in and out of the music business is surely overdue. After all, a summary of his life reads like a pitch for a movie.

Singing and writing lyrics from early childhood, Willie Dixon had brushes with the law, took a fling at boxing, then with Baby Doo Caston co-founded and recorded with the Five Breezes, a 1940s vocal harmony group. Evading the draft resulted in a prison sentence, then post-war he sang with the Four Jumps of Jive, co-founded the Big Three Trio, also with Caston, and again recorded.

As the 1950s dawned he joined Chess Records where he produced recording dates, on some of which he played bass as a session musician, including Chuck Berry’s Rock And Roll Music. He also acted as A&R man, writing songs for others and making own-name records. During this part of his life, Dixon’s compositions included Hoochie Coochie Man (recorded by Muddy Waters), Spoonful (Howlin’ Wolf), You Can’t Judge A Book By The Cover (Bo Diddley), Wang Dang Doodle (Koko Taylor) and I Can’t Quit You, Baby (Otis Rush).

In the 1960s he was an important behind-the-scenes figure as blues and folk artists toured internationally. His songs appealed to rock groups, notably the Rolling Stones (Little Red Rooster) and Led Zeppelin (You Need Love). Unfortunately, his composing did not bring the financial reward it deserved and eventually he took legal action to rectify this.

Subsequently forming his own recording companies, Yambo and Spoonful, he toured and also co-founded the Blues Heaven Foundation, a charitable organisation helping songwriters and performers avoid the problems that plagued him. As is clear from this summary of his life, his singing draws from a very deep well, but there could have been so much more in this film. The packaging suggests that this DVD was first released in 2002.

Willie Dixon: I Am the Blues – 60 minutes, directed by Robert Schwartz. Produced by CJ Productions and Quantum Leap in association with MVD Visual Entertainment.

Dave Gelly - 11 October 2020
I first heard this back in May of this year, soon after it was released, and I've been listening to it, on and off, ever since. There's a calm...