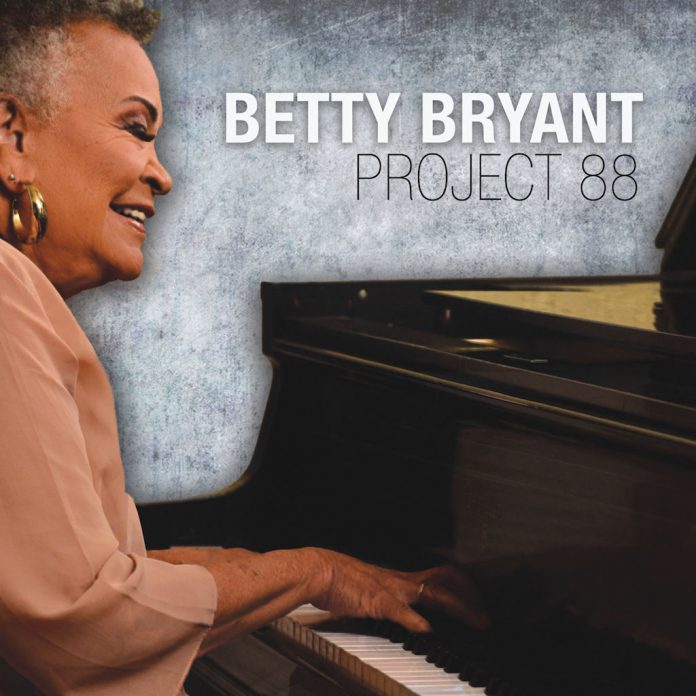 This is Bryant’s ninth own-name release, the album title acknowledging both her instrument and her age at the time of this recording. The result is a pleasing mainstream set by a good pianist who has gathered around her effective if not widely-known collaborators, most of whom have well-taken solos.

Showing a light touch, Bryant’s piano playing is uncluttered, her solos mostly gently reflective and with a relaxed swing. As might be expected, Bryant’s age brings to her voice a naturally mature sound and while she does not have a wide vocal range she interprets lyrics well.

She does not sing on Lady Be Good and My Beloved, while on They Say It’s Wonderful she does not play piano. Gadson joins the leader vocally on Just You, Just Me and Jorge also sings on Cho-Cho.

Although hailing long ago from Kansas City, Bryant has spent decades performing in southern California with regular overseas trips to Japan.

Relaxed and enjoyable music throughout and while this album never really catches fire neither is anyone burned.

Laura Clark - 12 July 2020
Well-crafted, with a hint of Kraftwerk, this Berlin-based foursome may look warm and fuzzy in their assorted knitwear, but their music has the rhythmic punch of Jackie McLean. Composer Julius...