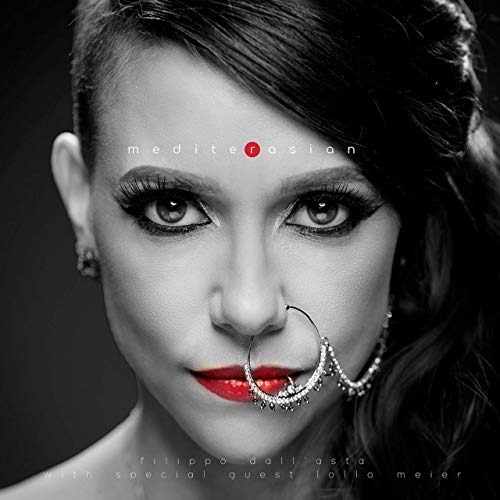 Here is something a touch unusual – and most pleasant. London-based guitarist Dall’Asta  – a crisp and lucid player – got hooked on Django Reinhardt when he was 16, after his father gave him an album by the gypsy legend. As Dall’ Asta puts it in his sleeve-note, he proceeded to soak up lessons from all the gypsy guitar masters he could find in France and Holland. A few years later, a six-month back-packing trip to India led to the other element which distinguishes this, Dall’Asta’s self-produced debut disc – a fascination with Indian ideas of time and the meditative and spiritual potential of music.

Dall’Asta is not only a fine musician; he’s also an open-minded arranger of moods, tones and textures. What I liked here is that there is no all-too-effortful attempt to conjure any grand synthesis of worlds. Far from any suggestion of pastiche, the music conjures an elegant yet spirited path across and between genres. On the introductory “Alap”, Indian drone figures and vocal invocation set up the gloriously swinging title track, while the pensive suspensions of “Nothingland” integrate guitar and sitar, tabla and legato strings to telling effect. East and West co-exist just as freshly in the propulsive Latin figures of “Brazil”.

Gypsy guitar master Lotto Meier spins some delicious singing lines on the slow-medium “Django’s Castle”; some further fine tabla from Keval Joshi sets up – and sustains – a mesmeric groove on the richly cast “Cristina”, over which Dall’Asta soars. The chugging “Prelude” is equally irresistible, with Hemstock’s clarinet in fine fettle, while the charming mix of strings with male and female Indian vocal exchanges on “Insaat Ki Dagar Pe” offers concluding contrast to Dom Durner’s characterful rendition of what I take to be Serge Gainsbourg’s 1960s Reinhardt tribute “La Javanaise”. Enjoy!

According To The Sound: In-Tension

Newton was dogged by bouts of ill health and some personal misfortune, and his diverse activity and somewhat diffuse recording legacy brought no major hit records...

George Wein, once characterised by the New Yorker’s Lillian Ross as a man “who seemed to be filled with controlled frenzy”, was a music...

I first saw Paul Ryan live on stage in the last decade of the 20th century. If not quite the quarter of a century...

The old adage that a book cannot be judged by its cover certainly applies to Geoffrey Littlefield’s "authorised biography" of famed arranger, composer and...

First of all, The Jazz Gallery is an 'art' gallery which will be given over to jazz concerts here and there. Secondly, Sheila was performing...

"Far from any suggestion of pastiche, the music conjures an elegant yet spirited path across and between genres".Michael TuckerFilippo Dall'Asta: Mediterasian
Advertisement