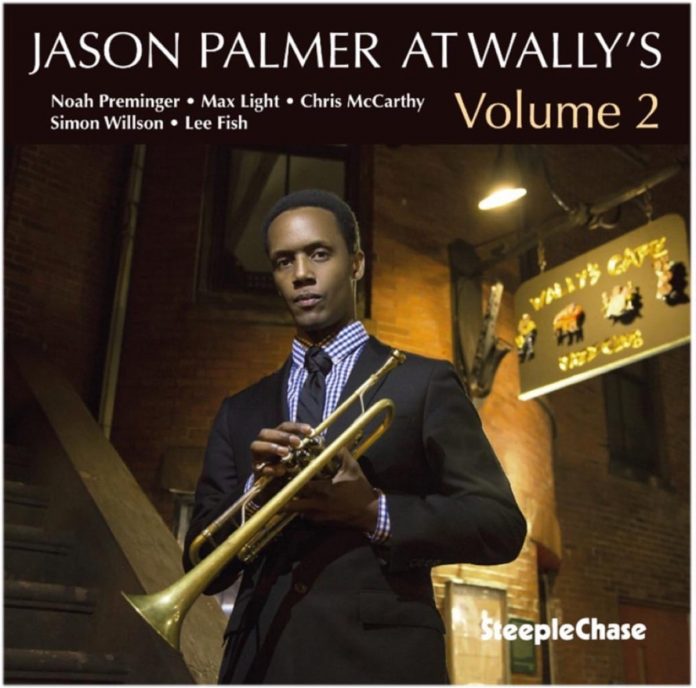 This is the second volume of live music from Wally’s Jazz Café in Boston. It seems Jason Palmer has enjoyed a regular weekend gig there for many years, and this particular group certainly exudes a lived-in feeling as it tackles the tunes.

Originally from North Carolina, Palmer has worked over the years with plenty of top musicians and is currently a prominent part of Boston’s well-established academic scene, not least as an assistant professor at Berklee College of Music. On the instrumental side, he possesses all the technical skills and speed of execution allied to excellent range and a strong sound.

Starting point for his group is the final acoustic quintet led by Miles Davis though, as composer of all five tunes Palmer, in common with many today, tends to overdo the complexity so that I, for one, find it rather heavy going. No doubt that’s the way many swing-era fans felt about bebop but, apart from a few calm moments, the twitchy themes and lively tempos make it seem uncomfortably relentless.

Others may disagree. On tenor, Noah Preminger matches Palmer in every aspect and perhaps the track to sample is “The Side Eye”, on which the two horns tend to overlap. By contrast, as presented here the longest track, “Sunny Rain”, doesn’t include space for a tenor solo.