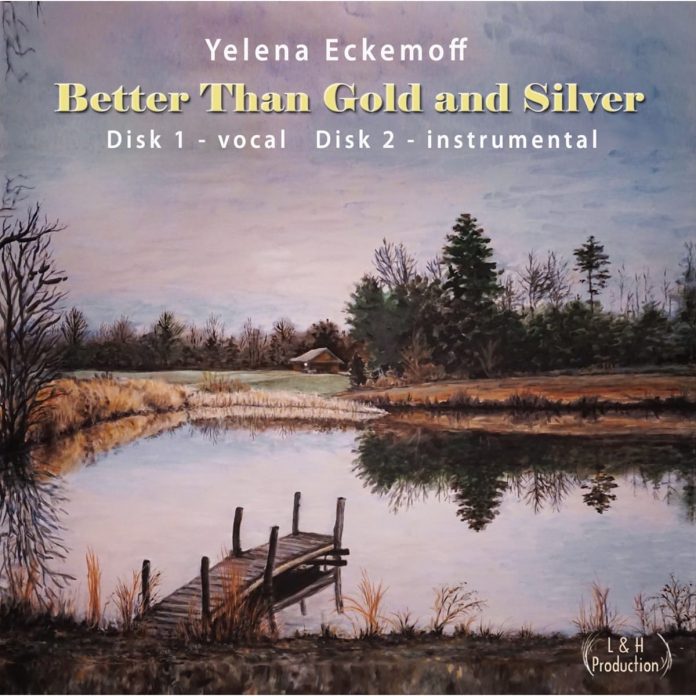 Classically trained in Soviet-era Moscow, Yelena Eckemoff is an interesting phenomenon. Arriving in New York in 1991, she initially pursued interests in classical, folk and religious music. It wasn’t until 2009 that her career as a jazz artist began in earnest, and this is now the 13th straight release in a recent discography in which she performs on equal terms with some of the finest musicians in the idiom.

From ECM stalwarts Arild Andersen, Jon Christensen, Paul McCandless and Peter Erskine to the elite cadre of New Yorkers heard here, Eckemoff’s music can perhaps wryly be described as being amongst the finest recordings that Manfred Eicher never produced.

This somewhat unusual project traces its roots back to collapse of the Soviet Union. Eckemoff was one of many Russians who rediscovered a sense of religious spirituality during those turbulent years. Adapting 10 selected psalms, the music is presented in both vocal and instrumental versions. The format makes every sense given the devotional nature of the music, but perhaps revealingly the vocals of Cruz (tenor) and Mayo (mezzo soprano) were retro-fitted long after the group’s initial visit to the studio.

Unmistakably heartfelt and often stunningly beautiful, the pieces nevertheless seem relatively stiff and formal when contrasted with the longer and more organic instrumentals. Rarely less than sublime, the group has that same symbiotic connectedness as John Abercrombie’s latter-day quartets. A different member of the ensemble carries the vocal line each time, tracing adulatory melodic arcs before dissolving into blissful passages of improvisation. Overall this ambitious project is a bit of a curate’s egg, but certainly not one lacking in intrinsic quality and worth.

Roger Farbey - 29 April 2020
Why the opening title track needs to overlay snippets of Dark Side Of The Moon-like spoken word and electronic sampling is a mystery since it doesn’t inspire much confidence...