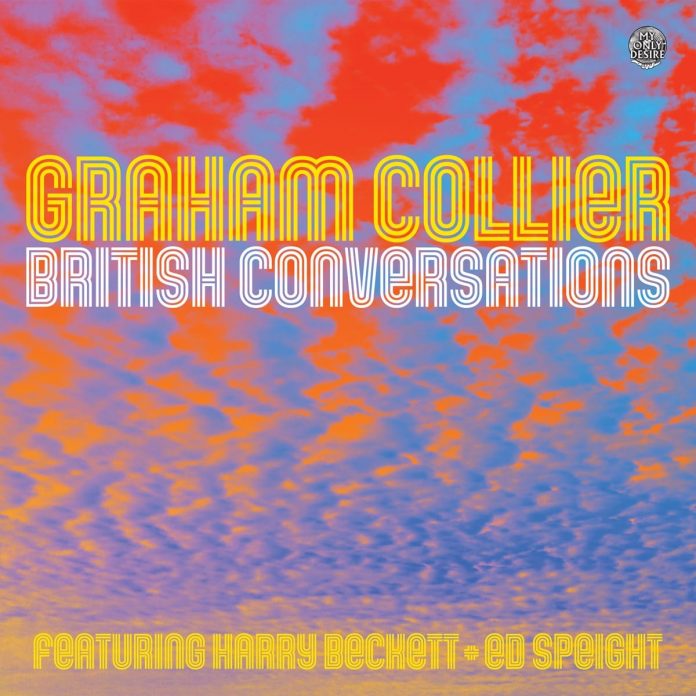 In the late 1960s major record companies dallied adventurously with contemporary jazz. Among the recipients of this largesse was Graham Collier, whose first four albums were released by Decca (his debut) and Philips. Amongst Collier’s initial output was the justifiably revered Down Another Road (Fontana,1969). But following Collier’s fourth album for Philips, Mosaics (Fontana, 1971) his contract was terminated. His next album Portraits found a home on Saydisc.

Ever resourceful, Collier then started his own label, Mosaic, on which he released a half dozen well-received albums. After a hiatus of some years more records were issued on different labels including Cuneiform which in 2005 released an archival double CD, Workpoints. This was Collier’s first recorded big band outing, a live concert in Southampton captured on tape in March 1968. It featured the cream of British jazz including John Surman, Kenny Wheeler and Henry Lowther.

Trumpeter Harry Beckett, a long-time Collier associate, was also heard on Workpoints and he, along with another Collier stalwart, guitarist Ed Speight, are guest soloists on this latest archival treasure recorded by Swedish Radio in 1975 and featuring the Swedish Radio Jazz Group.

How this material surfaced is not explained but the quality is unequivocally excellent both compositionally and sonically. Although recorded in front of an audience, this fact only emerges by dint of applause heard at the very end of the recording. Whilst Collier initially worked with small outfits and later with larger ensembles this recording represents only the second big band suite to be released from this time period.

Both guest musicians are heard initially in an extended call and response duet on the opener Red Sky In The Morning. A brief but engaging interaction between double and electric basses opens Mackerel Sky, following which Speight is heard on a fuzz-infused solo redolent of a similarly overdriven outing on Cathedra from Midnight Blue (Mosaic, 1975) recorded just 10 days earlier. Halo Around The Sun features three trumpeters, Beckett, Bertil Lövgren and Jan Allan, in an unfettered display of ebullient extemporisation.

Graham Collier, composer, bassist and educator, was a pivotal figure in British jazz and indirectly the progenitor of Loose Tubes. His death at 74, ten years ago, is still something of a shock. But his music lives on and whilst his famous maxim “jazz happens in real time, once” is true, this album is going to receive many repeated plays.

Ian Lomax - 10 October 2019
This is one for the audiophiles - a 24ct gold limited-edition reissue of the classic 1986 “smooth jazz” album Double Vision. Bob James came to the notice of Quincy Jones...