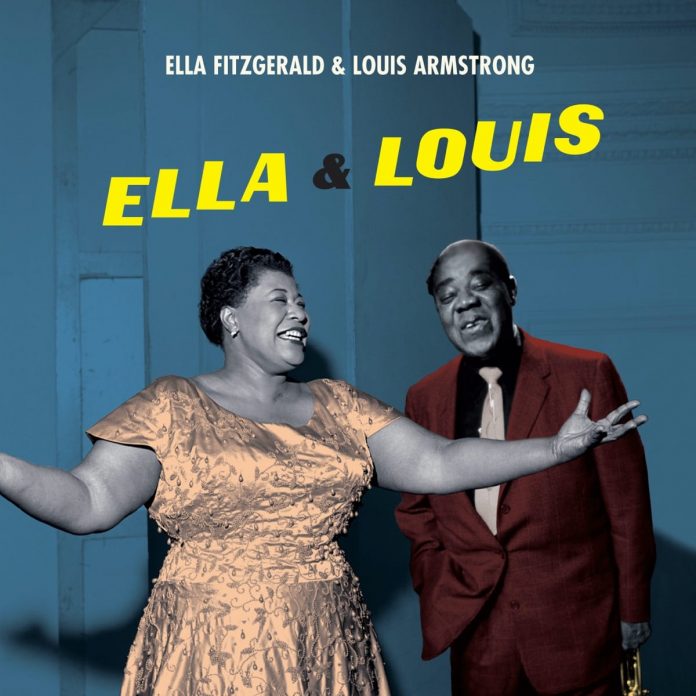 This was a standout album from the moment it was conceived in the mind of Norman Granz, taking on extra lustre at each subsequent stage, rehearsal, recording, so that by the time it went on sale in August, 1956, it was shimmering like a mirage after three weeks of Sahara sun and three days without water.

It was, of course, a masterstroke classic in its simplicity to bring together the one man and one woman who personified jazz in the minds of the non-jazz loving public and who were universally admired, respected, loved, and surround them with four A-list musicians – Oscar Peterson, Ray Brown, Buddy Rich and Herb Ellis.

Throw in 11 middle-of-the-road songs, a relaxed, middle-of-the-road tempo and what’s not to love? It walked off the shelves in the face of a frontal assault by rock and roll and withstood several reissues over the years. Now here it is yet again with a new lick of paint and five bonus tracks, to beguile us once more with its timeless charm.

You’ll look in vain for Cole Porter because this journey isn’t about smart-ass sophistication but you will find two contributions by Irving Berlin because it is about deceptively simplistic sincerity. (For the record, both performers were completely at home with Cole Porter; that same year, 1956, Satchmo featured prominently in MGM’s High Society with a score by Porter, and the following year Ella released the first of her definitive “songwriter” series with the double album The Cole Porter Songbook.)

Even with something half as successful a follow-up album is inevitable and sure enough 1957 saw the release of Ella & Louis Again with almost the same personnel. The exception was Louis Bellson in place of Buddy Rich on drums. The five “bonus” tracks mentioned in the title are taken from this sequel.

Norman Granz selected the Ella & Louis‘s 11 songs subject to approval by Armstrong. Somehow we know from the opening chords from Peterson’s keyboard that these will be precisely the optimum selections just as we know that an alternative 11 would be equally right.

There was another watershed album released on 5 March that same year and together Sinatra’s Songs For Swingin’ Lovers and Ella & Louis could be described as the last great hurrah for quality pop music. In January of that year Elvis Presley released a single entitled Heartbreak Hotel which was, in the war between music and rock and roll the equivalent of “the shot heard round the world”, the shot fired on Fort Sumter. I’ve just played Ella & Louis again and I have to say it’s as fresh as when I played it first in August 1956.

Sophie Prior - 12 June 2021
The Art of Time Ensemble is a group of Canada-based classical, jazz and pop musicians, founded in 1998 by pianist and artistic director, Andrew Burashko. The album Ain’t Got...