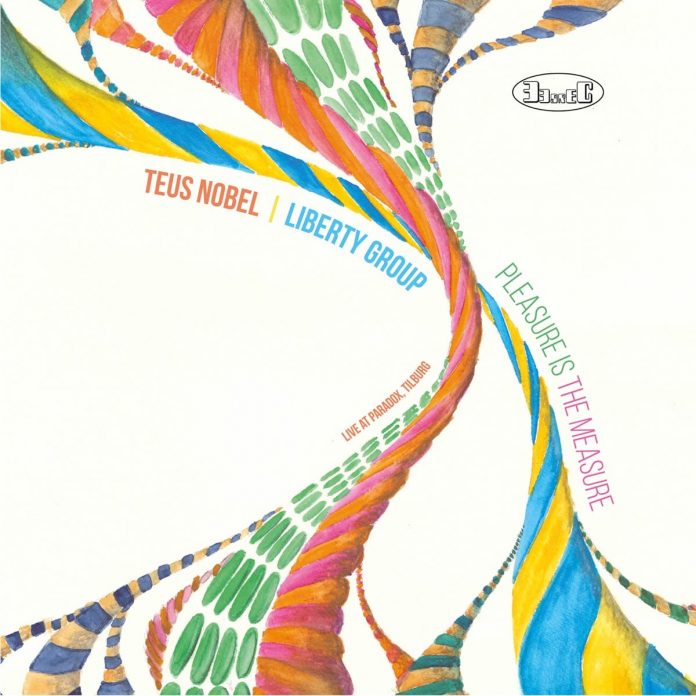 The Japanese concept of wabi-sabi finds a ready market nowadays in contemporary Western culture. Recently, a house decoration stylist on TV defined the multi-faceted idea as the beauty of imperfection.

Obviously, Dutch trumpeter Teus Nobel, who commanded attention with 2018’s Journey Of Man and 2019’s Saudade, desires more from wabi-sabi than a fashion statement. The intriguing Wabi-Sabi is the opening tune of Teus Nobel Liberty Group’s live album Pleasure Is The Measure.

Each of Liberty Group’s members treated the Tilburg crowd at club Paradox to original compositions; it was diverse repertoire but similarly elusive and at once cerebral and luscious. In the centre of it all lives Nobel’s gentle sound and multiple, expressive colour shades. Nobel’s phrasing, even when heated, is pleasantly relaxed. The voice of a weathered but cheery old-timer, belying his age of 30.

He’s matched by pianist Alexander van Popta. His The New Prehistoric Spacemonster Gamogedora, a mouthful, binds scores for thriller and film noir and stresses the dichotomy of Van Popta’s love story and Nobel’s mating call. Reversed roles – not only Wabi-Sabi is a case in point – find Van Popta as eager student of McCoy Tyner and Chick Corea and Nobel as poet of tristesse, adding layers to the allure of worn vases and wrinkled skin.

A delightful tinge of Brazil imbues drummer Tuur Moens’s progressively sultry Comboio, while the pulse of bassist Jeroen Vierdag’s Bobbypump is as relevant as the rhythmic ideas of Robert Glasper. Few if any compositions take root on a melodic level, that is to say, will lead anyone to hum those tunes during the evening stroll. It’s more a matter of finding ways through the labyrinth of moods and modalities and Teus Nobel Liberty Group has beautifully risen to the occasion.

Simon Adams - 20 February 2021
What more is there still to say about this magnificent music, given the fact that in November 2015, July 2019, and again in September last year John White reviewed...