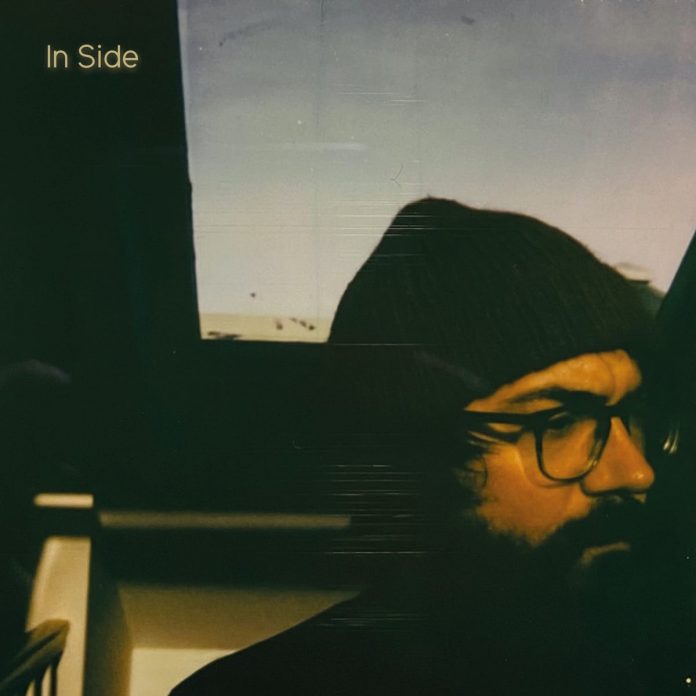 Lugubrious echoey guitar pervades this Anthony Pirog solo album, subliminally reminiscent of the opening to Angelo Badalamenti’s theme tune of the 1990 television hit show Twin Peaks, albeit without the deep Duane Eddy twang. It’s a rather lonesome, introspective feel that dominates throughout, maybe due to the fact that it was recorded at home during the 2020 lockdown.

The album’s title is therefore not arbitrary, rather it’s a ruefully ironic one. It’s certainly a step away from Pirog’s previous album, Pocket Poem (Cuneiform, 2020) which featured bassist Michael Formanek and drummer Ches Smith and where the glissando guitar lines were occasionally punctuated by bursts of heavy mercurial explosions. Here, amongst the 16 short tracks, there are some unexpected surprises, but the overall impact is low key but strangely hypnotic.

In Side is actually about a million miles away from the music made by Pirog’s punky thrash-metal band The Messthetics on their last ultra-high octane album Anthropocosmic Nest (Dischord, 2019). Taking his cue from such of his heroes as John Abercrombie and Bill Frisell, he readily adopts overdubbing and the inspiration for the tunes is derived from the exigencies imposed on the world by the pandemic, such as the enforced disconnection from family and friends. The gracefully intricate Song For Ava was written for Pirog’s niece, born in the first year of lockdown and reflects a contemplative atmosphere.

Pirog’s chops are never in question and were initially honed during his time studying for a degree specialising in guitar at Berklee College Of Music followed by a degree in jazz performance at New York University. He’s played with countless musicians of impeccable and varied renown such as bassist John Previte and drummer Barry Hart, the rhythm section of late guitar genius Danny Gatton. One of his latest collaborations was with improv guitar maestro Henry Kaiser on Five Times Surprise (Cuneiform, 2019).

Not all the compositions presented here are Pirog’s own. There’s an iridescent cover of Strange, the song Patsy Cline made famous in 1962 and an enchanting one-minute version of Horace Silver’s Peace. Amid the soundscapey backdrop, The Shape Of Rain is given a percussive vibe, which although enhanced electronically, sounds almost like it could have originated utilising a traditional mbira or kalimba, the precipitation almost palpable. Returning to the Twin Peaks comparison, the poignant tune Janel, written 20 years ago for the cello/guitar duo Janel and Anthony that Pirog operates with his wife, the cellist Janel Leppin, sounds as new and dreamy as anything, maybe even as the appropriate backing to Kyle MacLachlan enjoying that damned fine cup of coffee.